For the Thracian people of antiquity, see Sintians. 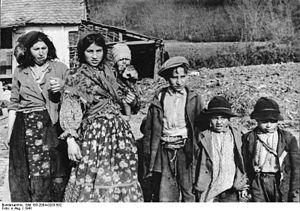 The Sinti (also Sinta or Sinte; masc. sing. Sinto fem. sing. Sintesa) are a Romani people of Central Europe.[1] Traditionally itinerant, today only a small percentage of the group remains unsettled. In earlier times, they frequently lived on the outskirts of communities. 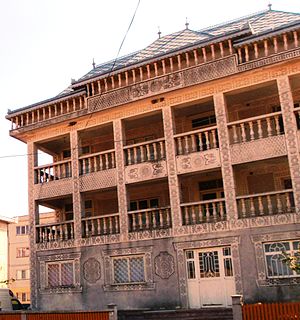 Sinti and Roma architecture in Harsova

The Sinti of Central Europe are closely related to the group known as Manouche in France. They speak the Sinti-Manouche variety of Romani, which exhibits strong German influence.

"Sinti" may be derived from "Sindhi", the name of a people of the Sindh region in Pakistan, a notion popular among the Sinti themselves, although the vast majority of scholars and anthropologists have claimed that there is no basis for the comparison.[2] 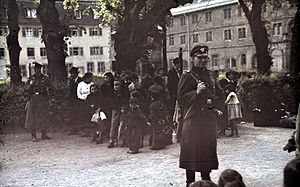 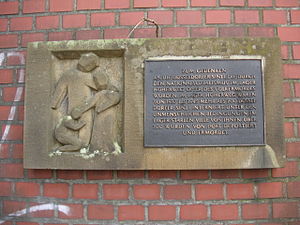 Memorial for murdered Sinti in Düsseldorf-Lierenfeld 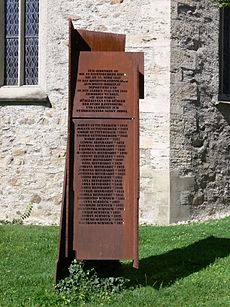 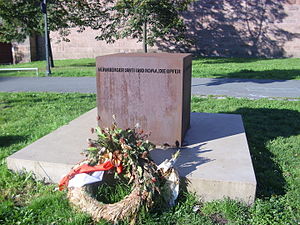 Memorial in Nuremberg across the street from address Frauentorgraben 49, where on the 15 September 1935 the Nuremberg Laws were adopted in the ballroom of the Industrial & Cultural Association clubhouse

The Sinti arrived in Germany and Austria in the Late Middle Ages along with Romani from India,[3] eventually splitting into two groups: Eftavagarja ("the Seven Caravans") and Estraxarja ("from Austria").[citation needed] They arrived in Germany at least before 1540.[4] The two groups expanded, the Eftavagarja into France, Portugal and Brazil, where they are called "Manouches", and the Estraxarja into Italy and Central Europe, mainly what are now Croatia, Slovenia, Hungary, Romania,[dubious – discuss] the Czech Republic and Slovakia, eventually adopting various regional names.[citation needed] In Italy they are present mainly in Piedmont region (where in Piedmontese they are called Sinto, although the word for Gypsies is sìngher, as the Italian zingaro), with some communities in Veneto and Emilia Romagna as well. 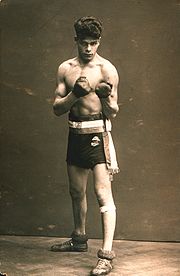 Sinti and Roma had migrated to Germany in the late 15th century and converted to Christianity. Nonetheless, they were still generally accused of being beggars and thieves, and by 1899, the police kept a central register on Gypsies. Considered by the National Socialists to be racially inferior (see Nazism and Race), Sinti and Roma were persecuted throughout Germany during the Nazi period – the Nuremberg Laws of 1935 often being interpreted to apply to them as well as the Jews. Adolf Eichmann recommended that the "Gypsy Question" be "solved" simultaneously with the Jewish Question, resulting in the deportation of the Sinti to clear room to build homes for ethnic Germans.[5] Some were sent to Poland, or elsewhere (including some deported to Yugoslavia by the Hamburg Police in 1939[6]), others were confined to designated areas, and many were eventually gassed.

In concentration camps, the Sinti were forced to wear either a black triangle, indicating their classification as 'asocial',[7] or a brown triangle, specifically reserved for Romani people.

Perhaps the most famous (and influential) Sinti musician is the guitar virtuoso Django Reinhardt, who fused traditional dance hall musettes with American jazz of the day (1930s and '40s) and, along with Stéphane Grappelli and the other members of the Quintette du Hot Club de France, founded the style of music known as "Gypsy Jazz".

Other notable Sinti musicians include Drafi Deutscher and the jazz guitarists Jimmy Rosenberg and Paulus Schäfer. The Sinto Häns'che Weis produced a record in Germany in the 1970s in which he sang about the Poraimos (Romani Holocaust) in his own language. Many younger Germans first learned about this part of Holocaust history as a result of this recording. Titi Winterstein and several members of Reinhardt's clan still play traditional and modern Gypsy jazz all over Europe. The jazz keyboardist Joe Zawinul was also of Sinti descent.

Marianne Rosenberg, a very popular Sinti/Roma-German singer, is considered the "Cher" of Germany. She is the daughter of Auschwitz survivor Otto Rosenberg who was placed in a concentration camp in 1936 aged nine where his father, his grandmother all his siblings were murdered by the Nazis. Marianne has had pop hits from the early 70s at 14 throughout 2011 with her latest CD. She sings mainly in German but has sung in English, French, Italian and the Sinti language. She placed 10th at the German preselection for the Eurovision Song Contest 1975 with "Er gehört zu mir". Her biography book Kokolores is a best seller in Europe.

Oto Pestner is a notable Slovenian Sinti singer. He is known for his involvement with the New Swing Quartet, which sang mostly jazz and swing classics. Pestner also sings gospel and Slovenian folk music.

Sintis notable for their sporting achievements include Johann Trollmann, the 1933 boxing champion of Germany, who was murdered in a German concentration camp in 1943.[8]