Southern West Virginia, in a cultural and historical context, includes the following counties: 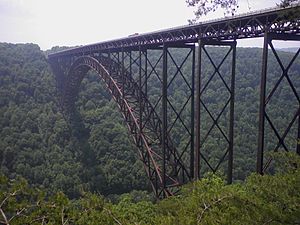 The New River Gorge Bridge located in Fayette County. Completed in 1977, it is the third longest arch bridge in the world.

The City of Beckley, in Raleigh County, is the largest city in this region, followed by Bluefield, in Mercer County. Beckley has undergone a period of modest economic growth, and serves as the primary economic and cultural hub of much of Southern West Virginia. 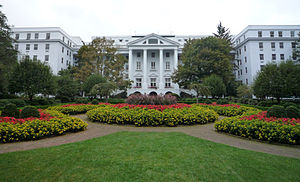 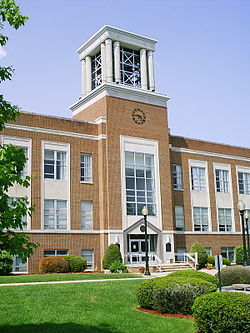 Marsh Hall and its Bell Tower at Concord University