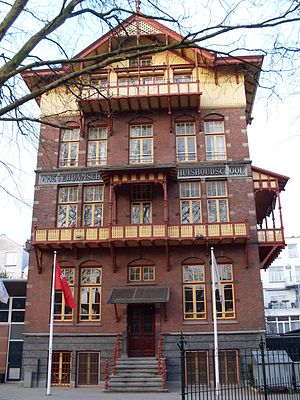 Swiss chalet style is an architectural style inspired by the chalets of Switzerland. The chalet was the traditional building type of houses and farms in the Alpine (mountainous) areas of Switzerland, Savoy and Tyrol. The word "chalet" stems from the Arpitan (dialect/language) of Savoy and neighbouring Switzerland.

Swiss chalet style as a "modern" building style originated in Germany in the early 19th century. The style was popularized by the first waves of tourism of rich people from the North and West of Europe, who were impressed by the "simple life" of the people living in these mountains. The chalet style became popular in parts of Europe and North America, notably in the architecture of Norway, Iceland and the Netherlands and in the country house architecture of Sweden and Cincinnati (Ohio, USA), in the late 19th and early 20th century. 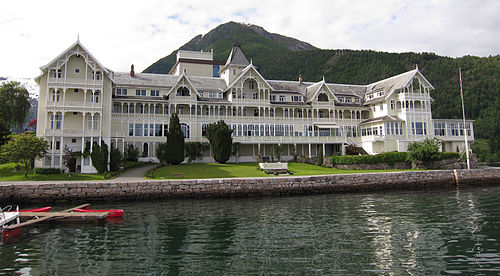 The style is characterized by: