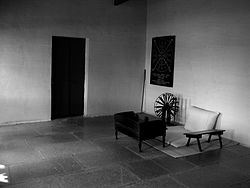 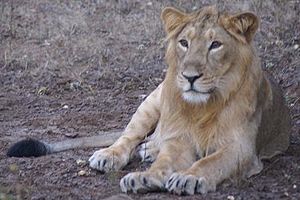 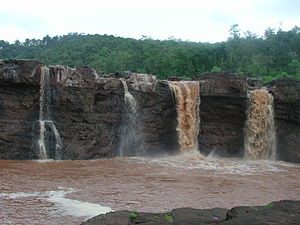 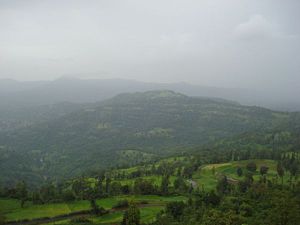 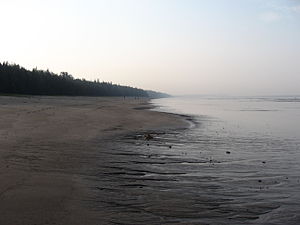 Gujarat is the 6th largest state in India, located in the western part of India with a coastline of 1600 km (longest in India). It is one of the most popular tourist regions in the country, and was visited by 19.8 million domestic and international tourists in 2010-11.[1] Gujarat offers scenic beauty from Great Rann of Kutch to the hills of Saputara. Gujarat is the one and only place to view pure Asiatic lions in the world.[2] During the Sultanate reign, Hindu craftsmanship mixed with Islamic architecture, giving rise to the Indo-Saracenic style. Many structures in the state are built in this fashion. It is also the birthplace of Mahatma Gandhi and Sardar Vallabhbhai Patel, iconic figures of India's independence movement. Amitabh Bachchan is currently the brand ambassador of Gujarat Tourism. The ‘Khushboo Gujarat Ki' campaign by celebrity Amitabh Bachchan has increased tourism in Gujarat by 4 per cent per annum, twice that of national growth rate.[3]

Ahmedabad is considered[by whom?] to be an ideal hub to cover all the destinations in Gujarat.

Gujarat is one of the most industrialized states in the country. There are many Indian and global companies located in Gujarat and the area has seen double digit GDP growth in past decade. It is also known as "Growth Engine of India".

Vibrant Gujarat is biennial investors' summit held by the government of Gujarat. The event is aimed at bringing together business leaders, investors, corporations, thought leaders, policy and opinion makers; the summit is advertised as a platform to understand and explore business opportunities in the state. It has become a model for economic success for many states. According to the list of the top 10 Indian cities by GDP in 2009, based on a PricewaterhouseCoopers study,[4] Ahmedabad ranks 7th in India with an annual GDP of 59 billion USD.

Gujarat International Finance Tec-City is an under-construction[5][6] city in Gujarat. It will be located next to the Sabramati river, 12 km north of Ahmedabad and 8 km South of Gandhinagar, the political capital of the state. It will be built on 500 acres (2.0 km2) of land. Its main purpose is to provide high quality physical infrastructure, so that finance and tech firms can relocate their operations there from Mumbai, Bangalore, Gurgaon and other regions where infrastructure is either inconsistent or very expensive.[7]

Within Gujarat there are a wide variety of historic forts, palaces, mosques, temples, and places of historical importance in India’s struggle for independence. Many of this palaces and forts have been converted into heritage hotels to keep tourists close to the vibrant history of Gujarat. For example, Laxmi Vilas Palace, Vadodara is reputed to have been the largest private dwelling built at the time and it is four times the size of Buckingham Palace in London. These sites are under-developed and are considered[by whom?] to have huge development potential. World heritage sites like Lothal, Dholavira and Champaner are also located within Gujarat.

Gujarat is well known for its rich culture. The folk arts of Gujarat form a major part of the culture of the state. It preserves the rich tradition of song, dance, drama as well. Handicrafts include Bandhani, patolas of Patan, kutchhi work, Khadi, bamboo craft, block printing, embroidery, woodcraft, metal crafts, pottery, namda, rogan painting, pithora and many more handicrafts. The Arabs, Portuguese, Dutch, Mughals and British as well as Parsis have left their mark on Gujarat’s culture. 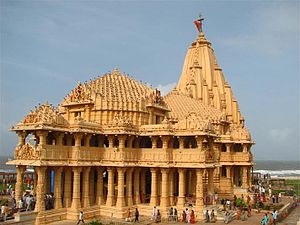 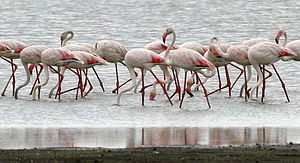 Tourism Department along with Forest Department of Gujarat are maintaining many campsites to promote ecotourism in Gujarat.[8] 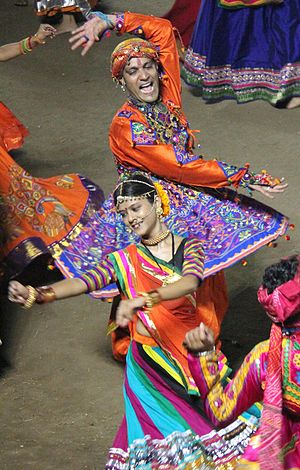 Ahmedabad leading city of the state is the most preferred place for medical tour or medical treatments in India. With world class health facilities and affordable cost, the city is becoming one of the most sought medical tourism center in the country. The 108 Service is the highly appreciated ‘Medical at doorstep’ Service. More than 1500 foreigners visit the state per year for various treatments in the state.[9] Ahmedabad Civil Hospital is the biggest hospital in Asia located at Ahmedabad. There are many new upcoming hospitals coming in the city too.

The Royal Orient Train is an Indian luxury tourism train that runs between Gujarat and Rajasthan, covering important tourist locations in the two states. The train started in 1994-95 as a joint venture of the Tourism Corporation of Gujarat and the Indian Railways. There are 13 coaches in the train, named after erstwhile kingdoms of Rajputana. The coaches provide five-star hotel comforts to passengers. Cabins are furnished in a palatial style and have spacious baths attached. There are multi-cuisine restaurants that offer Rajasthani, Gujarati, Indian, Chinese and continental cuisine. The Royal Orient train also has a bar on board, as well as a lounge in every coach where passengers can read books and magazines, watch television, listen to music and interact with other passengers. Other facilities include an intercom, channel music, TV, DVD system and a massage-cum-beauty parlor. The Royal Orient offers a 7-day/8-night package that covers important heritage tourist locations in Rajasthan and Gujarat. The train starts from Delhi Cantonment station and has stops at Chittorgarh, Jaipur, Udaipur, Ahmedabad, Mehsana, Junagarh, Veraval, Sasan Gir, Mandvi, Palitana and Sarkhej.

Outline of tourism in India