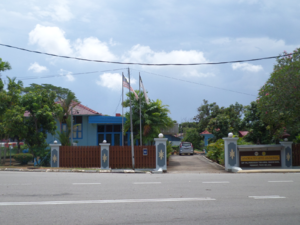 The memorial is divided into two exhibition halls. The lower hall displays most of his personal belongings during his reign as Chief Minister of Malacca, Minister and Deputy Prime Minister. The upper hall displays his various souvenirs, photos, books, television set, furniture and fittings that were used by him and his family.