From Infogalactic: the planetary knowledge core
(Redirected from Waldeck and Pyrmont)
Jump to: navigation, search

Waldeck (later Waldeck and Pyrmont) was a sovereign principality in the German Empire and German Confederation and, until 1929, a constituent state of the Weimar Republic. It comprised territories in present-day Hesse and Lower Saxony, (Germany). On the map, the tiny northern red dot of land is Pyrmont and the southern lands in red are Waldeck. 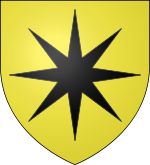 Waldeck was a county within the Holy Roman Empire from about 1200. Its counts included Adolf II of Waldeck from 1270 to 1276. In 1655, its seat and the chief residence of its rulers shifted from the castle and small town of Waldeck, overlooking the Eder river and first mentioned in 1120, to Arolsen. In 1625, the small county of Pyrmont became part of the county through inheritance. In January 1712, the count of Waldeck and Pyrmont was elevated to prince by Charles VI, Holy Roman Emperor. For a brief period, 1805 to 1812, Pyrmont was a separate principality as a result of inheritance and partition after the death of the previous prince, but the two parts were united again in 1812. The independence of the principality was confirmed in 1815 by the Congress of Vienna, and Waldeck and Pyrmont became a member of the German Confederation. From 1868 onward, the principality was administered by Prussia, but retained its legislative sovereignty. Prussian administration served to reduce administrative costs for the small state and was based on a ten-year contract that was repeatedly renewed until Waldeck was formally absorbed into Prussia in 1929. In 1871, the principality became a constituent state of the new German Empire.

At the end of World War I, and during the German Revolution, resulting in the fall of all the German monarchies, the prince abdicated and Waldeck and Pyrmont became a free state within the Weimar Republic. 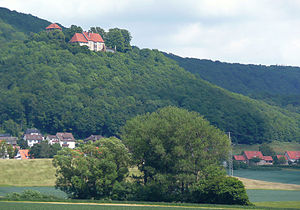 Rulers of Waldeck and Pyrmont

Waldeck had raised a battalion of infantry in 1681 but for much of the subsequent history leading up to the Napoleonic Wars, Waldeckers generally served as 'mercenaries' (actually hired out by the rulers of Waldeck) in foreign service. Such was the demand that the single battalion became two in 1740 (the 1st Regiment), three battalions in 1744, four in 1767 (forming a 2nd Regiment) and in 1776 a third regiment (5th and 6th Battalions) was raised. Most notably the foreign service was with the Dutch (the 1st and 2nd Regiments) and English (the 3rd Regiment)—the latter using them to suppress rebellions in the colonies. The 3rd Waldeck Regiment thus served during the American War of Independence, where they were known under the 'umbrella term' used during that conflict for all Germans—'Hessians'. The regiment was captured by the Americans and only a small number returned to Germany, where some formed part of a newly raised 5th Battalion (1784).

By the time of Napoleon's conquest of Germany, the Waldeck Regiments in Dutch service had been dissolved when, as the Batavian Republic, Holland was made into a kingdom ruled by Napoleon's brother Louis. Reduced to battalion strength, they now formed the 3rd battalions of the 1st and 2nd Infantry Regiments of the Kingdom of Holland. The 5th Battalion was disbanded, and Waldeck was now also obliged to provide two companies to the II Battalion, 6th German Confederation (i.e., Confederation of the Rhine) Regiment (along with two companies from Reuß) in the service of the French Empire. As with all French infantry, they were referred to as 'Fusiliers'. They served mainly in the Peninsula War against the Duke of Wellington. In 1812, the 6th Confederation Regiment was re-formed, with three companies from Waldeck and one from Reuß again forming the II Battalion. By the time of the downfall of the French Empire in 1814 the battalions in Dutch service had disappeared, but Waldeck now supplied three Infantry and one Jäger Companies to the newly formed German Confederation. 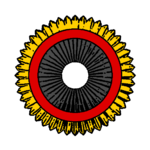 Cockade of Waldeck, worn on the Pickelhaube

By 1866, the Waldeck contingent was styled Fürstlisches Waldecksches Füselier-Bataillon, and in the Austro-Prussian War of that year Waldeck (already in a military convention with Prussia from 1862) allied with the Prussians; however the Battalion saw no action. Joining the North German Confederation after 1867, under Prussian leadership, the Waldeck Fusilier Battalion became the III (Fusilier) Battalion of the Prussian Infantry Regiment von Wittich (3rd Electoral Hessian) No. 83, and as such it remained until 1918. The position of regimental 'Chef' (an honorary title) was held by the Prince of Waldeck and Pyrmont.

Unlike Hesse-Darmstadt, Hesse-Kassel (or Hesse-Cassel) retained no distinctions to differentiate them from the Prussian. The Waldeckers however, were permitted the distinction of carrying the Cockade of Waldeck on the Pickelhaube. The Waldeck battalion was garrisoned, at various times, at Arolsen/Mengeringhausen/Helsen, Bad Wildungen, Bad Pyrmont and Warburg.

The regiment saw action in the Franco-Prussian War of 1870 (where it acquired the nickname Das Eiserne Regiment), and during the First World War—as part of the 22nd Division—fought mainly on the Eastern Front.