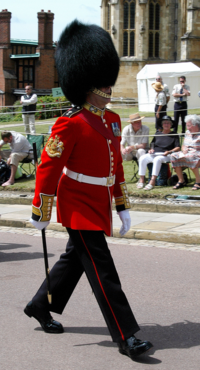 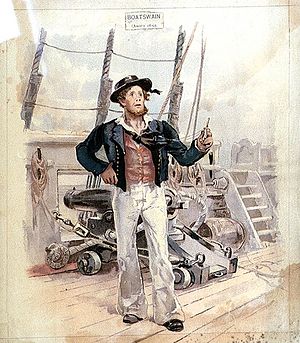 A boatswain of the Royal Navy in about 1820.

Use of the term 'warrant officer' dates from the beginnings of the Royal Navy, a time when ships were commanded by noblemen who depended on others with specialist skills to oversee the practicalities of life on board. Specialists such as a ship's carpenter, boatswain and gunner were vital to the safety of all on board, and were accordingly ranked as officers - though by warrant rather than by commission. These and other specialists retained their distinctive rank and status until 1949, when the rank of warrant officer was abolished.

In April 2004, the Royal Navy created the rate of warrant officer class 2 (WO2), superior to the CPO and subordinate to existing warrant officers who were retitled as warrant office class 1 (WO1). The WO2 replaced the non-substantive appointment of charge chief petty officer (CCPO) in the technical branches. Prior to this change the CCPO was considered as a NATO OR-8, equivalent to WO2. In non-technical branches, there is still no requirement to hold WO2 rank before promotion to WO1. Warrant officers wear the same rank insignia as their counterparts in the Royal Marines.

In 2005, the Royal Navy introduced the appointment of executive warrant officer (EWO) in all ships and shore establishments. The EWO is the senior warrant officer within the unit, and a member of the senior command team. The appointment is intended to be filled by an experienced WO1.[1] Above these are four command warrant officers: CWO Surface Ships, CWO Submarines, CWO Royal Marines (subordinate to the Corps RSM) and CWO Fleet Air Arm.[2]

The most senior warrant officer is the Warrant Officer of the Naval Service (WO(NS)), a position to be held by WO1 Steve Cass from December 2013.[3][4] This post replaced the Command Warrant Officer working under the Second Sea Lord[5] in 2010[6]

The WO2 rank started to be phased out in April 2014, with no new appointments, with existing holders of the rank of WO2 to retain the rank until they are either promoted or leave the service.[7]

Before 1879, the Royal Marines had no warrant officers,[8] but by the end of 1881, warrant rank was held by sergeant-majors and some other senior NCOs, in a similar fashion to the Army.[9] Warrant officers were given equivalent status to those in the Royal Navy from 1910, with the Royal Marines gunner (originally titled gunnery sergeant-major) equivalent to the Navy's warrant rank of gunner.[10][11]

The most senior Royal Marines WO1 is the Corps Regimental Sergeant Major. Directly junior to him is the Command Warrant Officer.[2] 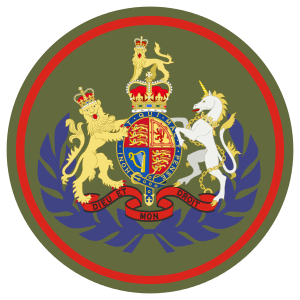 Arm badge of a WO1 Conductor RLC (British Army)

In the British Army, there are two warrant ranks, warrant officer class 2 (WO2) and warrant officer class 1 (WO1), the latter being the senior of the two. It used to be more common to refer to these ranks as WOII and WOI (using Roman instead of Arabic numerals). Warrant officer 1st class or 2nd class is incorrect. The rank immediately below WO2 is staff sergeant (or colour sergeant).

Historically, the four most senior warrant officer appointments in the British Army according to Queen's Regulations were, in descending order of seniority:[16]

In 2015, the new appointment of Army Sergeant Major was introduced. The holder of this appointment is now the most senior warrant officer in the British Army. 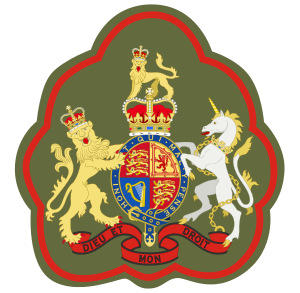 The insignia of a warrant officer class one

Most warrant officers have an appointment, and they are usually referred to by their appointment rather than by their rank. Appointments held by WO1s include: 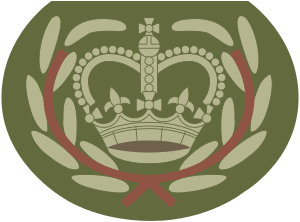 WO2s wear a crown on the lower sleeve, surrounded by a wreath for quartermaster sergeants and all WO2s in the Royal Army Medical Corps and the 9th/12th Royal Lancers (The wreath was used for all WOIIs from 1938 to 1947).

Appointments held by WO2s include:

From 1938, there was also a rank of warrant officer class III (WOIII). The only appointments held by this rank were platoon sergeant major, troop sergeant major and section sergeant major. The WOIII wore a crown on his lower sleeve (which is why all WOIIs switched to a crown in a wreath during this period). The rank was placed in suspension in 1940 and no new appointments were made, but it was never officially abolished.

How warrant officers are addressed depends, as does much else in the British Army, on the traditions of their regiment or corps. However, there are some general rules of thumb:

The Royal Air Force first used the ranks of warrant officer class I and II which it inherited from the Royal Flying Corps. It also first used the rank badges of the royal coat of arms (commonly referred to as the 'Tate and Lyles' - a reference to the similarity to the logo used by the Tate and Lyle Company) and the crown respectively. Until the 1930s, these ranks were often known as sergeant major 1st and 2nd class. In 1939, the RAF abolished the rank of WOII and retained just the WOI rank, referred to as just warrant officer (WO), which it remains to this day. The RAF has no equivalent to WO2 (NATO OR-8), an RAF WO being equivalent to WO1 in the Army, Royal Navy and Royal Marines (NATO OR-9) and wears the same badge of rank the royal coat of arms. Warrant officers are addressed as "Warrant Officer" or sometimes this is abbreviated down to just "Warrant". The correct way to address a warrant officer is "sir" or "ma'am" by the airmen and "Mr or Warrant Officer -Name-" by the officers. Most RAF warrant officers do not hold appointments as in the Army or Royal Marines; the exception to this is a station warrant officer who is considered a “first amongst equals” by other RAF warrant officers on a RAF station. Warrant officers are the highest non-commissioned rank and they rank above flight sergeants.

The most senior RAF warrant officer is the Chief of the Air Staff's Warrant Officer.[28]