Western American English (also known as Western U.S. English or in the U.S., simply, Western) is a variety of American English that largely unites the entire western half of the United States as a single dialect region, including the states of California, Nevada, Arizona, Utah, New Mexico, Colorado, and Wyoming. It also broadly encompasses Washington, Oregon, Idaho, and Montana, some of whose speakers are often separated into their own Pacific Northwest variety. The West was the last area in the United States to be reached during the gradual westward expansion of English-speaking settlement and its history shows considerable mixing of the linguistic patterns of other regions. As the settlement populations are relatively young when compared with other regions, the American West is a dialect region in formation.[1] Due to its origins, Western U.S. English has more similarities than differences with the English of the Northeastern U.S., and very few similarities with Southern U.S. English.[2] 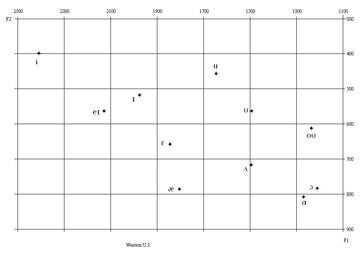 listen)), so that words like cot and caught, or pod and pawed, are perfect homophones (except in San Francisco).[5] In the West, there is less Canadian raising of the /aʊ/ diphthong than in Canada, and yet fairly common Canadian raising of the /aɪ/ diphthong.[6] A significant minority of Western speakers have the pin–pen merger or a closeness to the merger, which is commonly associated with the Southern dialects.[7]