The Province of Pennsylvania was created in 1681 when King Charles II granted a tract of land in the New World to William Penn. After the death of William Penn, his sons, John, Thomas and Richard, became the owners of Pennsylvania. The Delaware Indians deeded that part of Lehigh County lying between the Lehigh (South) Mountain and the Blue Mountains to Penn’s sons in 1736.

A wave of immigrants from Germany’s Palatinate settled in Whitehall Township, the first being Jacob Kohler, who settled in the vicinity of Egypt about 1728. The settlers staked their claim on the lands by applying to the Penn's for a land warrant. They cleared the land for farming and established churches around which villages grew.

When the first European settlers came to the Whitehall area, the Lenape Indians were living on the banks of the Hokendauqua River. The Europeans and the Lenape Indians gathered together and designed a deal based on how far the Europeans were able to walk in 2 days, that's how much land they would acquire. So to gain more land, the Europeans paid a professional runner. The runner was able to get as far as what is now Coaldale, Pennsylvania, in Schuylkill County. A walk east got them as far as Jim Thorpe, Pennsylvania.

The local tribe of native Americans, the Lenni Lenapes, lived peacefully among the white settles for a time. They suffered injustices at the hands of the settlers and lashed back during the last Indian uprising in Lehigh County in 1763. Fort Deshler, which stood near Rt. 145 at Chestnut Street, played a key role in the defense of our lands during this battle in which 23 settlers were killed.

The original Whitehall Township, established in 1753, was split into the three townships of Whitehall, North Whitehall and south Whitehall in 1867. The name Whitehall is said to have originated from Lynford Lardner’s hunting lodge that was painted with whitewash. Lardner named it “Grouse Hall”, but the common people of the region called it “White Hall”. Whitehall Township ’s villages include Cementon, Egypt, Fullerton, Hokendauqua, Mickleys, Stiles and West Catasauqua. Coplay was also part of Whitehall until it incorporated as a borough in 1869.

Agriculture was the major industry until the mid-1800s. Today, about 2,000 acres are under cultivation. There were six grist mills in Whitehall, built to process grains for the farmers into flour and animal feed. Only one grist mill remains - the Helfrich Springs Grist Mill. It is the home of the Whitehall Historical Preservation Society, which has preserved the building for use as a local history museum.

Completion of the Lehigh Canal in 1829 led to further development. Discovery of iron ore deposits brought Whitehall into the Industrial Revolution when the first blast iron furnace was built in Hokendauqua in 1854. This was immediately followed by the establishment of a railroad system to transport raw materials to the furnaces and to ship the final product. Population grew rapidly as these industries attracted Welsh and Irish immigrants.

While the railroads were being constructed, cuts in the bedrock led to the discovery of Whitehall ’s deposits of Jacksonburg limestone or “cement rock”. David O. Saylor perfected and patented the process of manufacturing Portland Cement. The first Portland Cement plant was located between the villages of Cementon and Coplay. Others quickly followed and, by 1914, 70% of the cement produced in the United States came from the “Cement Belt” or Lehigh District. The cement industry attracted a new wave of immigrants from Austria-Hungary, creating yet another population spurt.

Whitehall became classified as a First Class Township with a population of 7,935 in 1900. This gave the Township specified municipal rights for supplying electric lights, highways and sewers at public expense.

The post-World War II era began the transition from the manufacturing industries to the retail industry as Whitehall became a bedroom community as a suburb of Allentown. The individual villages became united into one entity known as Whitehall in 1968, when the U.S. Post Office combined its separate town branches.

In 1974, voters approved the adoption of a Home Rule Charter form of government, creating a seven-member legislative body and an elected Executive. Today, with an annual budget in excess of $16 million, Whitehall provides a full range of municipal services to its residents.[1]

The township was originally created on March 20, 1753 and included what is now North Whitehall and South Whitehall Townships. In 1810, a petition was made to the Northampton County Court to split the township into two portions (at the time, the area now encompassed by Lehigh County was part of Northampton County). The name Whitehall refers to a white hall that was built along the Jordan in the early 1700s as a hunting lodge. The area had a large ruffed grouse population along with numerous white-tail deer, eastern elk, eastern wolves, and black bear. Mountain lions or cougars may have also existed within Whitehall Township at some point in time. Because of the rich biodiversity of the area it became known as the wilderness of Whitehall. Old growth forest consisting of oak, tulip poplar, hickory, black walnut, sugar maple, basswood, American chestnut, American beech, and sycamore covered the entire township.

In 1867 eastern portions of both North and South Whitehall were reapportioned into the current Whitehall Township. The new Whitehall Township is generally rectangular in shape, running from NNW to SSE and is situated along the western bank of the Lehigh River. Two years after the new township's formation, the Borough of Coplay was incorporated, removing from the township a square section of 0.6 square miles (1.6 km2). Whitehall is drained by the Lehigh River, which separates it from Northampton County and Catasauqua.

Its villages include Cementon, Egypt, Fullerton, Hokendauqua, Mickleys, North Coplay, Scherersville (also in South Whitehall) Stiles, and West Catasauqua. The township's main north-to-south road is MacArthur Road (PA 145), which has an interchange with US 22 in the south and crosses PA 329 in the north.

There were 10,376 households, out of which 27.0% had children under the age of 18 living with them, 53.3% were married couples living together, 8.8% had a female householder with no husband present, and 34.3% were non-families. 28.6% of all households were made up of individuals, and 52% had someone living alone who was 65 years of age or older. The average household size was 2.37 and the average family size was 2.93.

Whitehall-Coplay School District serves the township, as well as the borough of Coplay. Students in grades 9–12 from both municipalities attend Whitehall High School.

There also are several parochial and private schools within the Township:

The Dent Hardware Company Factory Complex at Fullerton and Helfrich's Springs Grist Mill are listed on the National Register of Historic Places.[3] 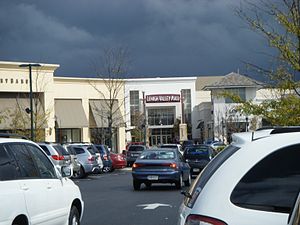 Several radio stations have broadcast facilities within the township (all owned by Clear Channel Communications):

As part of this governmental arrangement, the Township has separate executive and legislative branches. The legislative branch consists of a Township Board of Commissioners of seven (7) members, each serving 4-year terms. Four of the seats have terms that overlap the remaining three seat terms (e.g. four of the current terms end in 2007, while the remaining 3 terms end in 2009). The seated members then elect a President and Vice President who conduct Board meetings.

The executive branch consists of a Mayor, who also serves a 4-year term. The Mayor may appoint a Deputy Mayor at his/her discretion, with approval from the Board of Commissioners. The Deputy Mayor does not automatically become Mayor should the standing Mayor leave office for any reason—a replacement is to be appointed by the Board of Commissioners.

The township is broken into twelve (12) voting districts, each with one polling place. Below is a list of each district, a link to a district map, area covered and the current polling location for the district.

Whitehall Districts: 2, 4–12 (plus others outside Whitehall)

Whitehall Districts: 1, 3 (plus others outside Whitehall)

as of 2014 Whitehall entirely in 1st county District

Whitehall Districts: 2–6, 8–9 (plus others outside Whitehall)