The 2010 Turkmenistan Higher League (Ýokary Liga) season was the eighteenth season of Turkmenistan's professional football league. It began on 2 April 2010 with the first round of games and ended in December.[1] FC Balkan won the title.

As league size was expanded from nine to ten teams, no team had to face relegation after the conclusion of the 2009 season. FC Ahal as champions of the Turkmen second level of football were promoted. FC Bagtyýarlyk, Nebitçi Balkanabat and Turan Daşoguz were renamed FC Lebap, FC Balkan and FC Daşoguz, respectively. 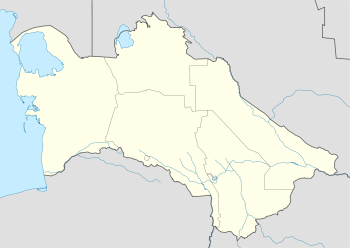 Including matches played on 11 December 2010