Production of the 2S5 Giatsint-S started in 1976 along with the towed version the 2A36 Giatsint-B. It was introduced into service in 1978 and has also been known as the M1981 by the United States. 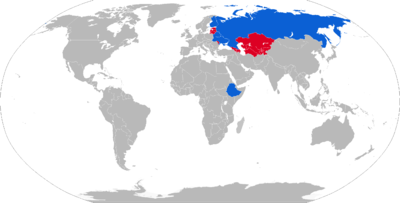