The 2S9 NONA (Новейшее Орудие Наземной Артилерии - Newest Ordnance of Ground Artillery) is an extremely light-weight self-propelled and air-droppable 120 mm mortar designed in the Soviet Union that entered service in 1981. The 2S9 chassis is designated the S-120 and based on the aluminium hull of the BTR-D airborne multi-purpose tracked armoured personnel carrier. More generally, the 120 mm mortar is referred to as the Nona, with the 2S9 also known as the Nona-S; a BTR-80 based version is the 2S23 or Nona-SVK, and the towed 2B16 anti-tank gun version is named the Nona-K. Although no figures have been released, it is estimated that well over 1,000 2S9 were built.[2]

The 2S9 Nona-S is an amphibious vehicle that can be propelled through the water by two rear water-jets. It is operated by a four-man crew comprising a commander, a driver/mechanic, a gunner, and a loader. The hull interior is separated into a command compartment, a fighting compartment and an engine compartment. A welded steel turret is located at the middle of the hull. The two-man turret has hatches for the gunner and loader respectively.

The 2S9 utilizes a 120 mm 2A60 mortar with a 1.8-meter-long barrel. It is breech-loaded and capable of firing HE (high explosive), white phosphorus and smoke rounds.[1] 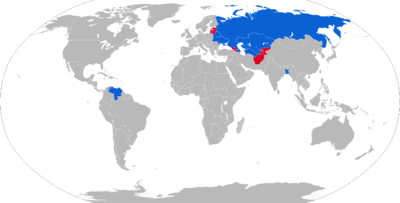 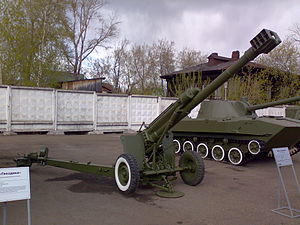 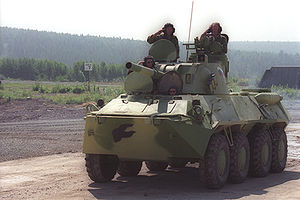