The 4th Panzer Army (German: 4. Panzerarmee) was, before being designated a full army, the Panzer Group 4 (Panzergruppe 4), a German panzer army that saw action during World War II. Its units played a part in the invasion of France, and then on the Eastern Front.

The 4th Panzer Group's predecessor was the XVI Army Corps formed in Berlin in February 1938. It fought in Poland and in the campaign in the West. In February 1941, 4th Panzer Group was created, taking over the activities of XVI Corps and placed under Army Group North.[1]

The Group was composed of: 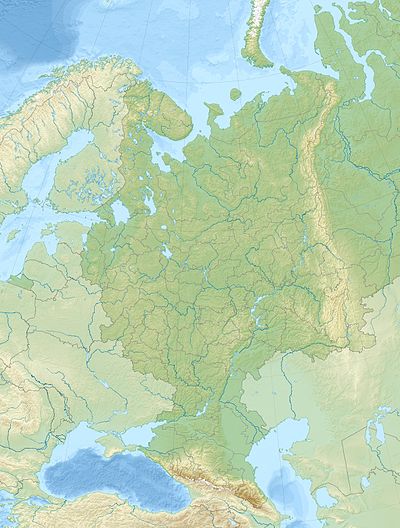 On commencement of Operation Barbarossa, the group was a part of Army Group North, and consisted of the XLI Panzer and LVI Army (motorized) Corps which comprised three panzer and two motorized infantry divisions respectively, altogether equipped with 631 tanks.

Acting as the armored spearhead for Army Group North in the opening phase of Operation Barbarossa, it crossed the Neman River, where the XLI Panzer Corps was counter-attacked by 300 Soviet tanks near Raseiniai. In a four day battle, the Germans encircled and destroyed the Soviet armor. The LVI Panzer Corps seized the Daugava bridges and began its advance towards Leningrad.

The Soviets fought a bitter defense around Leningrad and Hitler reinforced 4th Panzer Army with the 3rd Panzer Army and it crept up to within 11 kilometres of the city. However, Hitler withdrew both panzer armies and transferred them to Army Group Center for an all-out offensive against Moscow.

The operation called for the 3rd and 4th Panzer Army to attack Moscow from the north. The 4th Panzer Army would attack through the center and 2nd Panzer Army from the south. But due to the cold weather, deteriorating supply situation and strong Soviet resistance, only the 4th Panzer Army made any headway against the Soviets and closed to 24 kilometres of Moscow. Exhausted, it was halted and then pushed back 320 kilometres with heavy casualties by the Soviet counter offensive launched in December 1941.

Army Group B's objective was to anchor itself on the Volga while Army Group A drove into the oil fields of the Caucasus. The 4th Panzer Army approached Stalingrad from the South while the 6th Army approached it from the west. Their aim was to meet up at Stalingrad and encircle the Soviet 62nd and 64th armies outside the city. However, the 6th Army was faced by a strong counterattack by the Soviet forces and failed to meet up with the 4th Panzer Army for three crucial days, allowing the two Soviet armies to withdraw into Stalingrad.

The 4th Panzer Army guarded the outside perimeter of Stalingrad and the 6th Army was engaged in the battle to capture the city. For over two months, the 6th Army was embroiled in vicious fighting in the city; though it was able to take over 90% of the city, it was unable to destroy the last pockets of resistance. The Soviets launched their counter-offensive on 19 November 1942 which resulted in the encircling of the entire 6th Army and the 24th Panzer Division of the 4th Panzer Army. Under General Hermann Hoth, the 4th Panzer Army tried and failed to break the encirclement of Stalingrad in Unternehmen Wintergewitter, and withdrew, forcing the surrender of the encircled troops.

The army was then given much needed reinforcements and in particular 160 new tanks. It then was able to halt the Soviet winter offensive in Southern Russia and then counterattacked and re-took the city of Kharkov in March 1943. The army saw little or no action over the next three months as both sides built up their strength for the upcoming battle.

The army throughout the spring of 1943 was massively reinforced and grew to a strength of 1,100 tanks and 250,000 men by July 1943. It was to form the southern spearhead in the Battle of Kursk. The army tried but failed to break through the Soviet defenses around Kursk. It then fought a series of defensive battles throughout the remainder of 1943 to hold back the Red Army's Lower Dnieper Strategic Offensive Operation. By November 1943, the Soviets had reached Kiev and the 4th Panzer Army was tasked to defend the city. The Soviet aim was to take the city and break the rail link with Army Group Center or envelop Army Group South. But even though the Soviets had liberated Kiev, broken the Dnieper line, and inflicted massive casualties, the 4th Panzer Army held on and the Soviets failed to break the rail link.

By early 1944, the 4th Panzer Army had been pushed back to the pre-war 1939 Polish border. The army defended the Ukraine west of Kiev until late June 1944, fighting in the southern regions of the Pinsk Marshes, and around Lutsk, Shepetovka, Tarnopol, and Kovel. During July 1944, Soviet attacks forced a withdrawal of the 4th Panzer Army through the area of Chełm and Lublin, ending on the west bank of the Vistula River and an initially successful attempt to contain the Soviet bridgehead at Baranow.[3] The defense along the Vistula took place from August 1944 until the renewed Soviet offensive in January 1945. 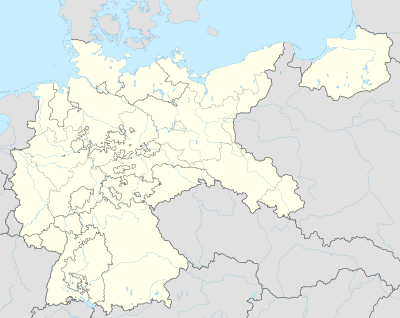 Halbe
Positions of 4th Panzer Army in 1945
One corps of the 4th PzA was encircled in the Halbe Pocket in late April 1945.

By January 1945, the 4th Panzer Army was holding static defensive positions on Hitler's direct orders and during the lull in the fighting it had created a defensive zone in southern Poland.

Unknown to the Germans the Soviets planned to saturate the entire defensive zone with artillery bombardment. The Soviets began their Vistula–Oder Offensive on January 17 and struck with such force and speed that they managed to encircle and destroy the LVI Panzer Corps; destroying half of all armored forces concentrated with the 4th Panzer Army. The commander of the LVI Corps, General Johannes Block, was killed in the assault on 26 January. The remnants of the Army retreated along the entire front before re-grouping on the western bank of the Oder River in February 1945.

The Soviets halted their offensive in February 1945. The 3rd Panzer Army was tasked to halt the Soviets in the north, while the 9th Army was guarding against the Soviets in the center. During February 1945, the 4th Panzer Army defended along the Oder River, containing the Soviet bridgehead at Steinau on the Oder. In March and the first half of April 1945, the army concentrated on defenses along the Lusatian Neisse River between Görlitz and Guben.[4]

On April 16, 1945, the Soviets renewed their offensive by crossing the Oder River. While the 9th Army held the Soviets at the Battle of Seelow Heights, the 4th Panzer Army was being pushed back. V Corps of the retreating 4th Panzer Army was pushed into the operational region of the German 9th Army, forming a pocket of some 80,000 men. The Soviets then encircled this force in a pocket in the Spree Forest south of the Seelow Heights and west of Frankfurt.[5] Some of the trapped 4th Panzer Army troops in the Halbe Pocket were able to break out to the west and surrender to the U.S. Army on the west bank of the Elbe River, but the bulk of the 4th Panzer Army was pushed south of Dresden into the Ore Mountains and forced to surrender to the Soviets in the wake of the early May 1945 Prague Offensive.