The apportionment of seats in this House of Representatives was based on the Nineteenth Census of the United States in 1970. Both chambers had a Democratic majority. 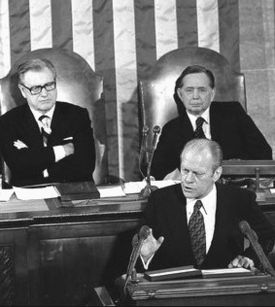 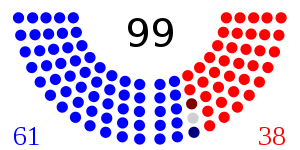 Membership changed with two resignations and a disputed election. 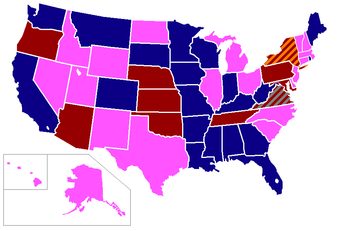 Makeup of the U.S. Senate at the start of the 94th Congress, color-coded by party. Note: The orange stripes in New York and the gray stripes in Virginia denote Conservative Sen. James L. Buckley and Independent Sen. Harry F. Byrd, Jr., respectively. 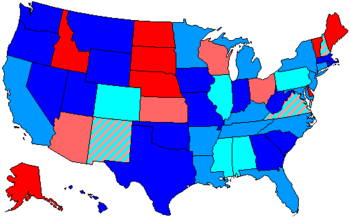 Many of the congressional districts are linked to articles describing the district itself. Since the boundaries of the districts have changed often and substantially, the linked article may only describe the district as it exists today, and not as it was at the time of this Congress.

The count below reflects changes from the beginning of the first session of this Congress.