Development of the 9K37 Strela-10SV system was initiated July 24, 1969. The decision to begin the development of a new non-all-weather system was taken despite the simultaneous development of an all-weather hybrid gun/missile system 9K22 "Tunguska" mainly as an economical measure. It was also seen as advantageous to have a system capable of fast reaction times and immunity to heavy radio-frequency jamming.[2]

Rather than being mounted on an amphibious but lightly armoured BRDM chassis like the 9K31, the 9K35 is mounted on a more mobile tracked, modified MT-LB, with more room for equipment and missile reloads. Provision for amphibious capability is provided in some variants in the form of polyurethane-filled floats.

The Strela-10SV system and its 9M37 missile were tested in Donguzkom range from 1973 to 1974, but the results were disappointing: the system was found deficient in terms of missile probability of kill, vehicle reliability, among other things. Acceptance to service was thus delayed until May 16, 1976, by which time improvements had been introduced to the system.[2]

Development of the system continued throughout the years through Strela-10M, -10M2 and -10M3 variants introducing among other things improved radio communications and provision for better integration to the Soviet integrated air defence system air picture data.[2] Also improved missiles (9M37M and 9M333) have been developed and by September 2007 the 9K35M3-K Kolchan variant, mounted on a BTR-60 wheeled chassis, was displayed for the first time at the Moscow Air Show MAKS 2007.[1]

The Russian Armed Forces will receive 72 advanced mobile “night” short-range anti-aircraft missile complexes “Strela-10M4″ by 2016. In 2014, the Russian Airborne Troops received the first batch of 18 “Strela-10M4″ vehicles. Modernization of equipment extends the “life” of an air defense system for 3-5 years.[3]

The 9K35 is a SAM system with electro-optical guidance. It has the capability to use radars for target acquisition and range. Some vehicles have a pintle-mounted PKT 7.62 mm machine gun in front of the forward hatch for local protection. Other vehicles have been seen with additional support railings for the system on the rear deck. The following is a list of associated equipment:

The Strela-10 system was originally designed to use the 9M37 missile as its primary weapon, but its launch system was designed to be also backwards compatible with the 9M31M missile of the earlier 9K31 Strela-1 (SA-9 "Gaskin") system.

Four missiles are mounted on the turret in boxes, ready to launch, and eight more are carried inside the vehicle as reloads. Reloading takes around 3 minutes.

The 9M37 was quickly replaced with a slightly improved 9M37M (main improvement was in more efficient autopilot system for missile flight path control), and later the more significantly upgraded 9M333, which introduced:[2]

All missiles—9M31M, 9M37, 9M37M and 9M333—are equipped with optical homing heads utilizing reticle-based photocontrast and/or infrared homing. 9M333 is said to have particularly good countermeasures resistance due to its triple-channel homing head, while the photocontrast channel of 9M37/9M37M is described as back-up method to the IR channel.[2]

The main characteristics of the missiles are listed in the table below, based on source number,[5] unless otherwise noted. For comparison purposes data for nearest western equivalent, the somewhat larger and heavier MIM-72 Chaparral, is also provided.

As the photocontrast channel provides effective head-on engagement ability, firing range against an approaching target can be considerably longer than the maximum ranges listed above, likewise maximum firing range would be considerably less than the maximum range of target destruction against a receding target. Definition of range and effective ceiling for MIM-72 is unknown and the figures are therefore not directly comparable.

On February 20, 1988, 31-year-old Major Edward Richard Every from 1st Squadron, SAAF was killed in action when his Mirage F1AZ (serial 245), was shot down by a SA-13 Gopher surface-to-air missile in Cuatir (near Menongue) while on an operational attack over Southern Angola.[10]

Iraq had several operational Strela-10 systems in the beginning of the 1991 operation to liberate Kuwait from Iraqi occupation, most if not all of which were organized as part of the battlefield air defence systems of the Republican Guard divisions.

During the operation, a total of 27 coalition aircraft are believed to have been hit by Iraqi IR-homing SAMs, resulting in a total of 14 aircraft losses.[11] Some of the aircraft losses were shot down on the spot, while others, such as the OA-10A 77-0197, managed to return to base only to be lost on a crashed landing.[12] Others still landed safely but were since written off as total losses.

At least two of the losses are believed to have been due to Strela-10 hits: on Feb 15th an A-10A Warthog 78-0722 of 353rd TFS/354th TFW was hit by a SAM believed to be Strela-10 some 60 miles north west of Kuwait city while attacking Republican Guard targets. Pilot Lt Robert Sweet ejected and was made a Prisoner of War. While attempting to protect Sweet on the ground, his wingman Steven Phyllis flying A-10A 79-0130 was also hit by what is believed to have been a missile from a Strela-10. Phyllis was killed in the incident.[12] 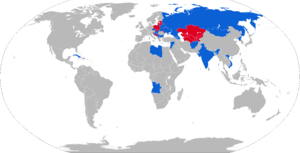