The 9M113 Konkurs (Russian: 9М113 «Конкурс»; cognate of French: Concours; English: "Contest") is a SACLOS wire-guided anti-tank missile of the Soviet Union. "9M113" is the GRAU designation of the missile. Its NATO reporting name is AT-5 Spandrel.

The 9M113 Konkurs was developed by the Tula Machinery Design Bureau (Tula KBP). Development began with the aim of producing the next generation of SACLOS anti-tank missiles, for use in both the man-portable role and the tank destroyer role. The 9M113 Konkurs was developed alongside the 9M111; the missiles use similar technology, differing only in size. The warhead penetration is 600 mm vs rolled homogeneous armour (RHA).

The missile entered service in 1974. Iran began producing a copy, the Tosan (not to be confused with the Toophan), sometime around 2000.[1][2] 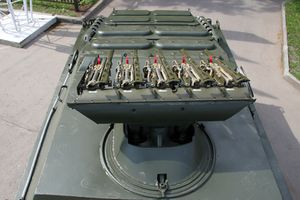 9M113 Konkurs launching rails on the top of 9P148 vehicle 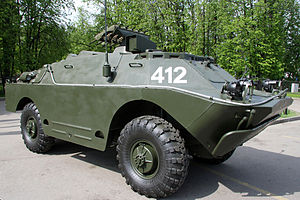 The launcher tracks the position of an incandescent infrared bulb on the back of the missile relative to the target and transmits appropriate commands to the missile via a thin wire that trails behind the missile. The system has an alarm that activates when it detects jamming from a system like Shtora. The operator can then take manual control, reducing the missile to MCLOS. The SACLOS guidance system has many benefits over MCLOS. The system's accuracy is quoted in some sources as 90%, though its performance is probably comparable to the BGM-71 TOW or later SACLOS versions of the 9K11 Malyutka. 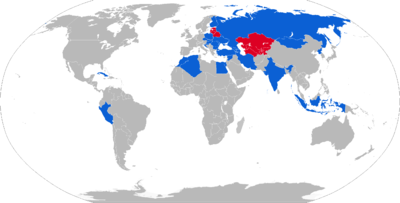 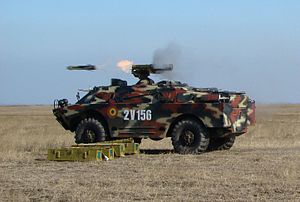 Romanian 9P148 Konkurs launching a missile during a military exercise