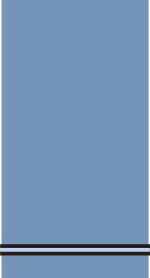 On a University Air Squadron, students can apply for the position of acting pilot officer in order to undertake a Senior Student or Flight Commander role, usually four per each UAS. In order to be awarded a Volunteer Reserve commission they have to complete an intensive course run by the Officer and Aircrew Cadet Training Unit at RAFC Cranwell. On graduation, RAFVR Acting Pilot Officers hold a full commission for one year. This can be extended if serving for more than one year in a senior position on squadron or retained if serving the RAF reserves.

Up to 2012, 3 Flying Training School (3FTS) were responsible for the training of UAS APOs. However starting in 2013 OACTU took over the duties of training APOs with a course aligned with the commissioning course of the RAF reserves.

The rank insignia is identical to that of a pilot officer, consisting of a thin blue band on slightly wider black band. This is worn on both the lower sleeves of the tunic or on the shoulders of the flying suit or the casual uniform. RAFVR APOs have a VR marking on their rank slides, either a small brass VR pin mounted on the stipe or embroidered underneath.