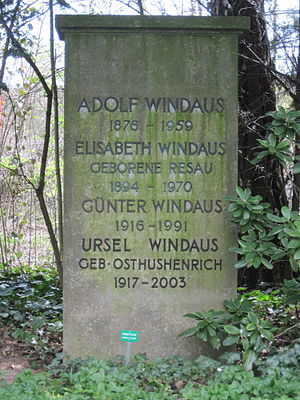 He was involved in the discovery of the transformation of cholesterol through several steps to vitamin D3 (Cholecalciferol). He gave his patents to Merck and Bayer and they brought out the medical Vigantol in 1927.[1]