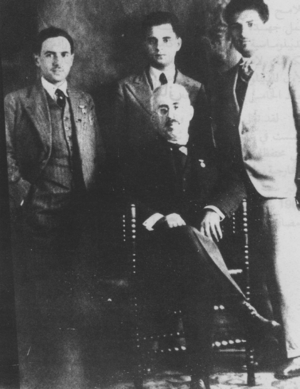 D'anfa Conference, with Roosevelt and Churchill, 1943

Balafraj, who wanted to keep Morocco neutral, served as Foreign Minister until November 13, 1963, when King Hassan II replaced him after the resolution of the Sand War with Algeria. Balafraj, considered the second most powerful man in the government after Hassan II (who was both monarch and prime minister), was re-assigned to a nominal post as "personal representative of the King". [3]