The American Medical Association (AMA), founded in 1847 and incorporated in 1897,[3] is the largest association of physicians—both MDs and DOs—and medical students in the United States.[4]

The AMA's stated mission is to promote the art and science of medicine for the betterment of the public health, to advance the interests of physicians and their patients, to promote public health, to lobby for legislation favorable to physicians and patients, and to raise money for medical education. The Association also publishes the Journal of the American Medical Association (JAMA), which has the largest circulation of any weekly medical journal in the world.[5] The AMA also publishes a list of Physician Specialty Codes which are the standard method in the U.S. for identifying physician and practice specialties.

See also: List of presidents of the American Medical Association

In 1847, members of the AMA met in Philadelphia as a national professional medical organization. This was the first of its kind in the world. The members established uniform standards for medical education, training, and practice. Thus the world's first national code was adopted for ethical medical practice. Ever since, the AMA Code of Medical Ethics dictates the professional conduct for practicing physicians.

The AMA has one of the largest political lobbying budgets of any organization in the United States.[6] Its political positions throughout its history have often been controversial. In the 1930s, the AMA attempted to prohibit its members from working for the health maintenance organizations established during the Great Depression, which violated the Sherman Antitrust Act and resulted in a conviction ultimately affirmed by the US Supreme Court.[7] The AMA's vehement campaign against Medicare in the 1950s and 1960s included the Operation Coffee Cup supported by Ronald Reagan. Since the enactment of Medicare, the AMA reversed its position and now opposes any "cut to Medicare funding or shift [of] increased costs to beneficiaries at the expense of the quality or accessibility of care". However, the AMA remains opposed to any single-payer health care plan that might enact a National Health Service in the United States, such as the United States National Health Care Act. In the 1990s, the organization was part of the coalition that defeated the health care reform advanced by Hillary and Bill Clinton.

The AMA has also supported changes in medical malpractice law to limit damage awards, which, it contends, makes it difficult for patients to find appropriate medical care. In many states, high risk specialists have moved to other states that have enacted reform. For example, in 2004, all neurosurgeons had relocated out of the entire southern half of Illinois.[8] The main legislative emphasis in multiple states has been to effect caps on the amount that patients can receive for pain and suffering. These costs for pain and suffering are only those that exceed the actual costs of healthcare and lost income. At the same time however, states without caps also experienced similar results; suggesting that other market factors may have contributed to the decreases. Some economic studies have found that caps have historically had an uncertain effect on premium rates.[9] Nevertheless, the AMA believes the caps may alleviate what is often perceived as an excessively litigious environment for many doctors.[citation needed] A recent report by the AMA found that in a 12-month period, five percent of physicians had claims filed against them.[10]

Claims that the AMA generates $70 million in revenue through its stewardship of Current Procedural Terminology (CPT) codes appear to be a mischaracterization.[citation needed] The estimate is based on a distortion[citation needed] of the transparent financial information the AMA voluntarily offers in its Annual Report. The AMA has publicly reported this figure represents income from its complete line of books and products, which include more than 100 items, not just CPT.[11]

The AMA sponsors the Specialty Society Relative Value Scale Update Committee which is an influential group of 29 physicians, mostly specialists, who help determine the value of different physicians' labor in Medicare prices.

Collections of the association's papers dating from the late 1860s to the late 1960s are held at the National Library of Medicine.[12][13] 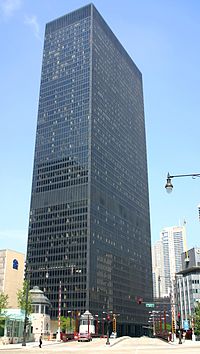 Throughout its history, the AMA has been actively involved in a variety of medical policy issues, from Medicare and HMOs to public health, and climate change. Between 1998 and 2011, the AMA spent $264 million on lobbyists, second only to the American Chamber of Commerce.[6]

The AMA is composed of various internal groups that discuss policy twice a year. There is an annual meeting, always held in Chicago, IL and an Interim meeting set on a rotating schedule for different locations.[28] Within the AMA, there are sections that can make up the total AMA. These sections include Medical Students, Resident and Fellows, Academic physicians, Medical School Deans and Faculty, Physicians in group practice setting, Retired and Senior Physicians, International Medical graduates, Woman physicians, Physician Diversity and Minority health, GLBT, USAN, AMA board of Trustees, Foundation and Council.[29] Externally to the AMA, there are organizations that come to these meetings by sending representatives. These representatives meet two a year in the House of Delegates at the Interim and/or annual meeting. Representatives come from medical societies that are either from a state, specialty or the federal services/government services. These organizations are called AMA member organizations.[30]

Published membership figures as reported by the AMA include: