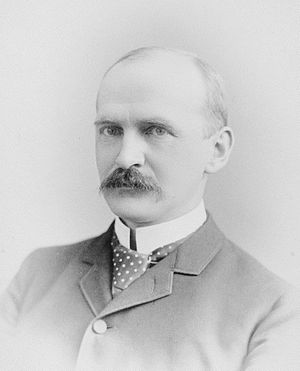 Andrew Fleming West (May 17, 1853 – December 27, 1943) was an American classicist, and first dean of the Graduate School at Princeton University.

West was born in Allegheny, Pennsylvania on May 17, 1853. He studied at Princeton University from 1870 to 1874. In his final year at Princeton he founded the Princeton Glee Club. After graduating he taught Latin at high school in Cincinnati for six years. He then went to Europe to carry out academic study, before taking up a position as principal of the Morris Academy in Morristown, New Jersey.[1]

West was president of the American Philological Association in 1902.[1]

A cast bronze statue of West made by R. Tait McKenzie in 1928 is situated in the grounds of the Graduate College at Princeton University.[2]