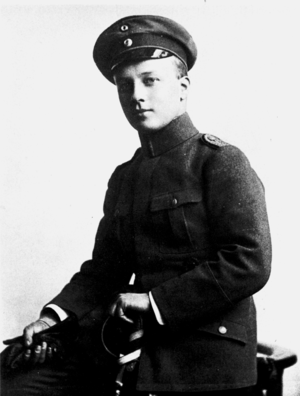 After serving with a Bavarian regiment in the last year of World War I, Anton returned from the front an angry and disillusioned German nationalist. He was an Austrian citizen by birth who later had adopted Germany as his home and he enrolled at Munich University. As a German nationalist and an aristocrat, a monarchist and a proclaimed anti-Semite despite his mother's Jewish descent, Anton detested Eisner, the Jewish leader of the Bavarian socialists and Premier of Bavaria.

"Eisner is a Bolshevist, a Jew; he isn't German, he doesn't feel German, he subverts all patriotic thoughts and feelings. He is a traitor to this land."

Arco-Valley might have decided to kill Eisner to prove himself "worthy" after he had been rejected for membership of an ultra-nationalist group, the Thule Society, because he was partly of Jewish descent.[1][2][3] On 21 February 1919, on a Munich street, von Arco-Valley, acting alone, gunned down Eisner. The killing of Eisner made him a champion to many Bavarians. Students at the University publicly proclaimed him a hero. His action triggered bloody reprisals by communists and anarchists in Munich in which a number of people were killed, including Prince Gustav of Thurn and Taxis. Fighting broke out and the short-lived Bavarian Socialist Republic was established. Arco-Valley inspired the young Joseph Goebbels, who was in Munich at the time.[citation needed]

"Eisner's death," as Hitler saw it and would later write, "only hastened developments and led finally to the Soviet dictatorship, or to put it more correctly, to a passing rule of Jews, as had been the original aim of the instigators of the whole revolution".[4]

Arco-Valley was tried in January 1920. He was sentenced to death, but a conservative judge eventually reduced this to five years in prison. The State Prosecutor said of him, "If the whole German youth were imbued with such a glowing enthusiasm we could face the future with confidence."[5] He served his sentence at Stadelheim prison in cell 70, and in 1924 he was evicted from his cell to make way for Adolf Hitler. He was released in 1925, and was on probation until 1927, when he was pardoned.[citation needed] 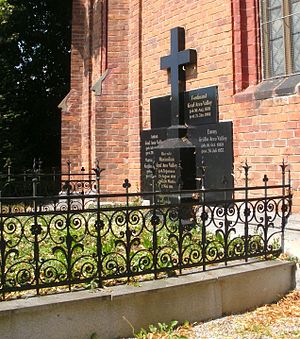 Arco-Valley played only a minor part in politics thereafter. He supported a federalist vision of Germany, contrary to the Nazi party's centralist policies. Initially he worked as editor of the newspaper Bayerisches Vaterland (Bavarian homeland), and later as director of state funded operations at Süddeutsche Lufthansa, from which he resigned at the beginning of 1930. Arco-Valley was one of the most radical members of the monarchist-federalist wing of the Bavarian People's Party.[citation needed]

He was briefly held in "protective custody" by the Nazis when they took power because of his federalism. A remark attributed to him that he would gladly assassinate again was interpreted as a threat to Hitler, but he was released when he promised to take no action against Hitler.[6]