Apatheism (/ˌæpəˈθiːɪzəm/ a portmanteau of apathy and theism/atheism), also known as pragmatic atheism or practical atheism, is acting with apathy, disregard, or lack of interest towards belief or disbelief in a deity or deities.

An apatheist is someone who is not interested in accepting or denying any claims that gods exist or do not exist. An apatheist lives as if there are no gods and explains natural phenomena without reference to any deities. The existence of gods is not rejected, but may be designated unnecessary or useless; gods neither provide purpose to life, nor influence everyday life, according to this view.[1]

In other words, an apatheist is someone who considers the question of the existence of gods as neither meaningful nor relevant to their life. Some apatheists hold that if it were possible to prove that God does or does not exist, their behavior would not change.[2]

A form of practical atheism with implications for the scientific community is methodological naturalism—the "tacit adoption or assumption of philosophical naturalism within scientific method with or without fully accepting or believing it."[4]

Apathetic agnosticism claims that no amount of debate can prove or disprove the existence of one or more deities, and if one or more deities exist, they do not appear to be concerned about the fate of humans. Therefore, their existence has little to no impact on personal human affairs and should be of little theological interest.[5] 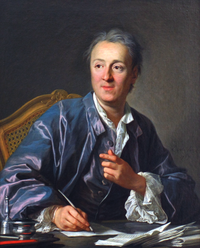 18th Century French philosopher Denis Diderot, when accused of being an atheist, replied that he simply did not care whether God existed or not.

Historically, practical atheism was considered by some people to be associated with moral failure, willful ignorance, and impiety. Those considered practical atheists were said to behave as though God, ethics, and social responsibility did not exist; they abandoned duty and embraced hedonism.

According to the French Catholic philosopher Étienne Borne, "Practical atheism is not the denial of the existence of God, but complete godlessness of action; it is a moral evil, implying not the denial of the absolute validity of the moral law but simply rebellion against that law." In response to Voltaire, French philosopher Denis Diderot wrote: "It is very important not to mistake hemlock for parsley; but not at all so to believe or not in God."[6][7]

In the 21st century, pragmatic atheism has been seen in a more positive light. The journalist Jonathan Rauch believes that "apatheism is to be celebrated as nothing less than a major civilizational advance. Religion, as countless acts of violence in the name of God have underscored, remains the most divisive and volatile of social forces... Apatheism, therefore, should not be assumed to represent a lazy recumbency... Just the opposite: it is the product of a determined cultural effort to discipline the religious mindset, and often of an equally determined personal effort to master the spiritual passions. It is not a lapse. It is an achievement."[8]

An apatheist may justify their position using one of these perspectives, or they may combine all of the below to create their own attitude towards belief in deities.

This apatheistic argument states that morals are present in human society and do not rely on religion to be a part of the human experience. Apatheists recognize that religion may provide a "comfort" for many people around the world, but apatheists do not need religion to be content with the morality of their lives and therefore live without it.[citation needed] This is known as "moral apatheism". This opinion is often expressed by The Atheist Experience co-host Jeff Dee.[citation needed]

Indifference is better known as indifferentism, the belief that all religions are equal in value. Use of indifferentism in this context was popularized by Kant in his Critique of Pure Reason.[9] Kant argues that indifferentism represents an extreme form of skepticism that argues that there is no rational ground for accepting any philosophical position.[9] It is often associated with moral relativism.

The Catholic Encyclopedia ascribes indifferentism to all atheistic, materialistic, pantheistic, and agnostic philosophies, as well as religious pluralist philosophy, such as that espoused by Rousseau.[10]

Philosopher Daniel Dennett has postulated that a significant percentage of adherents of popular faiths only participate socially and are philosophically apatheistic. Journalist Jonathan Rauch described apatheism as "a disinclination to care all that much about one's own religion, and an even stronger disinclination to care about other people's".[11]

This argument takes a more scientific perspective, criticizing blind faith (faith without logical evidence to support it). It argues that if a deity or deities truly wanted people to believe in them, then said deity or deities could demonstrate their existence with miracles, and explain their plan(s) for humanity or the lack thereof. Being all-powerful, if they truly wanted humans to believe, they could send a divine sign not left up to interpretation. This is also a popular argument with antitheists; Matt Dillahunty makes it with great frequency.

Since they do not seem to care if humans believe or not, apatheists will not care until they show them a reason to, and perhaps not even if such an event occurred. Richard Dawkins has gone so far as to claim this position in interviews[12] (this is in essence the argument from nonbelief).