From Infogalactic: the planetary knowledge core
(Redirected from Apologism)
Jump to: navigation, search
This article is about the systematic defense of a position. For the Christian parody band, see ApologetiX. For other uses, see Apology (disambiguation).

Apologetics (from Greek ἀπολογία, "speaking in defense") is the discipline of defending a position (often religious) through the systematic use of information. Early Christian writers (c. 120–220) who defended their faith against critics and recommended their faith to outsiders were called apologists.[1]

In political usage, apologetics is used in a negative fashion to describe the defence of controversial actions or policies, like terrorism or politically repressive governments.[2][3]

The term apologetics etymologically derives from the Classical Greek word apologia. In the Classical Greek legal system, two key technical terms were employed: the prosecution delivered the kategoria (κατηγορία), and the defendant replied with an apologia. To deliver an apologia meant making a formal speech or giving an explanation to reply and rebut the charges, as in the case of Socrates' defense.

This Classical Greek term appears in the Koine (i.e. common) Greek of the New Testament. The Apostle Paul employs the term apologia in his trial speech to Festus and Agrippa when he says "I make my defense" (Acts 26:2). A cognate term appears in Paul's Letter to the Philippians as he is "defending the gospel" (Philippians 1:7), and in 1 Peter 3:15 believers must be ready to give an "answer" for their faith. The word also appears in the negative in Romans 1:20: unbelievers are αναπολόγητοι (anapologētoi) (without excuse, defense, or apology) for rejecting the revelation of God in creation.

Early uses of the term (in the first sense) include Plato's Apology (the defense speech of Socrates from his trial) and some works of early Christian apologists, such as St. Justin Martyr's two Apologies addressed to the emperor Antoninus Pius and the Roman Senate.

An additional early use of the term, is Augustus Caesar's apologia or defense of his accomplishments as Roman Emperor inscribed outside of his tomb, at his death in 14 AD on pillars of bronze, called The Deeds of the Divine Augustus (in Latin: Res Gestae Divi Augusti). They were widely copied and distributed throughout the Roman Empire. It is regarded as one of the more important apologias of the ancient world.[4]

The legal nuance of apologetics was reframed in a more specific sense to refer to the study of the defense of a doctrine or belief. In this context it most commonly refers to philosophical reconciliation. Religious apologetics is the effort to show that the preferred faith is not irrational, that believing in it is not against human reason, and that in fact the religion contains values and promotes ways of life more in accord with human nature than other faiths or beliefs.

In the English language, the word apology is derived from the Greek word, but its use has changed; its primary sense now refers to a plea for forgiveness for a wrong act. Implicit in this is an admission of guilt, thus turning on its head the "speaking in defense" aspect of the original concept. An uncommon secondary sense refers to a speech or writing that defends the speaker or author's position.

As the world's religions have encountered one another, apologetics and apologists from within their respective faiths have emerged. Some of these apologetics respond to or fight back against the arguments of other religions and secularism; others are pure defense.

Many apologetic books have been written in response to attacks on the history and teachings of the Bahá'í Faith. The religion's founders themselves wrote several books in response to such questioning presenting proofs of their religion, among them are the Báb's Seven Proofs and Bahá'u'lláh's Kitáb-i-Íqán.[19] Later Bahá'í authors wrote prominent apologetic texts, such as Mírzá Abu'l-Fadl's The Brilliant Proof and Udo Schaefer et al.'s Making the Crooked Straight;.[20]

One of the earliest Buddhist apologetic texts is The Questions of King Milinda, which deals with ethical and intellectual problems. In the British colonial era, Buddhists in Sri Lanka wrote tracts that rejected Christianity. In the mid-19th century, encounters between Buddhists and Christians in Japan prompted the formation of a Buddhist Propagation Society. In recent times, A. L. De Silva, an Australian convert to Buddhism, has written a book, Beyond Belief, designed to refute the arguments of Christian evangelists.[21] Gunapala Dharmasiri has challenged the Christian concept of God from a Theravadan Buddhist perspective. 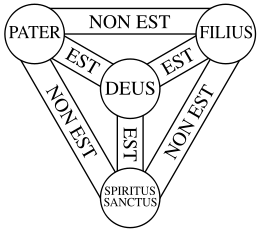 Christian apologetics combines Christian theology, natural theology,[22] and philosophy to present a rational basis for the Christian faith, to defend the faith against objections and misrepresentation, and to expose error within other religions and world views.[citation needed]

Christian apologetics has taken many forms over the centuries. In the Roman Empire, Christians were severely persecuted, and many charges were brought against them. J. David Cassel[23] gives several examples: Tacitus wrote that Nero fabricated charges that Christians started the burning of Rome.[24] Other charges included cannibalism (due to a literal interpretation of the Eucharist) and incest (due to early Christians' practice of addressing each other as "brother" and "sister"). Saul of Tarsus, Justin Martyr, Irenaeus and others often defended Christianity against charges that were brought to justify persecution.

There are notable Latter-day Saint apologists who focus on the defense of Mormonism, including early church leaders such as Parley P. Pratt, John Taylor, B. H. Roberts, James E. Talmage and more modern figures such as Hugh Nibley, Orson Scott Card, and Jeff Lindsay.

Several well-known Mormon apologetic organizations, such as the Foundation for Ancient Research and Mormon Studies (a group of scholars at Brigham Young University) and the Foundation for Apologetic Information & Research (an independent, Mormon-run, not-for-profit group), have been formed to defend the doctrines and history of the Latter Day Saint movement in general and The Church of Jesus Christ of Latter-day Saints in particular.

Hindu apologetics was an inevitable consequence of the confrontation with Christianity during the British colonial period. A number of Indian intellectuals had become critical of the British tendency to devalue the Hindu religious tradition. As a result, these Indian intellectuals, as well as a handful of British Indologists, were galvanized to examine the roots of the religion as well as to study its vast arcana and corpus in an analytical fashion. This endeavor drove the deciphering and preservation of Sanskrit. Many translations of Hindu texts were produced which made them accessible to a broader reading audience.

A range of Indian philosophers, including Swami Vivekananda and Aurobindo Ghose, have written rational explanations regarding the values of the Hindu religious tradition. More modern proponents such as the Maharishi Mahesh Yogi have also tried to correlate recent developments from quantum physics and consciousness research with Hindu concepts. The late Reverend Pandurang Shastri Athavale has given a plethora of discourses regarding the symbolism and rational basis for many principles in the Vedic tradition. In his book The Cradle of Civilization, David Frawley, an American who has embraced the Vedic tradition, has characterized the ancient texts of the Hindu heritage as being like "pyramids of the spirit". A. C. Bhaktivedanta Swami Prabhupada translated over sixty volumes of classic Vedic scriptures including the biography and conclusions of the famous 16th century bhakti scholar Sri Chaitanya Mahaprabhu; many of these translations and commentaries have been further translated into as many as eighty languages, producing over half a billion books distributed throughout the world. Such individuals have tried to construct an intellectual defense of Hinduism during a phase when the fundamentalistic elements of other faiths have sought to denigrate the ancient religion in an effort to gain converts.

Islamic apologists have also defended their beliefs and practices from criticism by others throughout Islam's history. The late South African, Ahmed Deedat, is regarded as an Islamic apologist. He was a prolific popular writer who debated Christian evangelists by arguing over discrepancies in the Bible.[29] Other notable apologists include: Shabir Ally, Yusuf Estes, Zakir Naik, Hamza Yusuf and Reza Aslan.

See also: Jewish polemics and apologetics in the Middle Ages

Jewish apologetic literature can be traced back as far as Aristobulus of Paneas, though some discern in the works of Demetrius the chronographer (3rd century BCE) traces of the style of 'questions' and 'solutions' typical of the genre. Aristobulus was a Jewish philosopher of Alexandria and the author of an apologetic work addressed to Ptolemy VI Philometor. Josephus's Contra Apion is a wide-ranging defense of Judaism against many charges laid against Judaism at that time, as too are some of the works of Philo of Alexandria.[30][31]

Some pantheists have formed organizations such as the World Pantheist Movement and the Universal Pantheist Society to promote and defend the belief in pantheism.[32]

Similar to religious apologies, this form of writing often appears historically in literature. Dissimilarly, however, literary apologies defend either poetic and aesthetic qualities, or the author's ability to write about the subject directly following the apology. Plato's Apology may be read as both a religious and literary apology; however, more specifically literary examples may be found in the prefaces and dedications, which proceed many Early Modern plays, novels, and poems. Eighteenth century authors such as Colley Cibber, Frances Burney, and William Congreve, to name but a few, prefaced the majority of their poetic work with such apologies. In addition to the desire to defend their work, the apologetic preface often suggests the author's attempt to humble his- or herself before the audience.[33]

Tertullian was a notable early Christian apologist. He was born, lived and died in Carthage. He is sometimes known as the "Father of the Latin Church". He introduced the term Trinity (Latin trinitas) to the Christian vocabulary[34] and also probably[citation needed] the formula "three Persons, one Substance" as the Latin "tres Personae, una Substantia" (itself from the Koine Greek "treis Hypostaseis, Homoousios"), and also the terms Vetus Testamentum (Old Testament) and Novum Testamentum (New Testament).

In his Apologeticus, he was the first who qualified Christianity as the vera religio ("true religion"), and symmetrically relegated the classical Empire religion and other accepted cults to the position of mere 'superstitions'.

Arngrímur Jónsson was an Icelandic scholar who wrote the book Brevis commentarius de Islandia in Latin as a "defense of Iceland" where he criticized the works of numerous authors who had written about the people and the country of Iceland.

John Henry Newman (February 21, 1801 – August 11, 1890) was an English convert to Roman Catholicism, later made a cardinal, and beatified in 2010. In early life he was a major figure in the Oxford Movement to bring the Church of England back to its Catholic roots. Eventually his studies in history persuaded him to become a Roman Catholic. When John Henry Newman entitled his spiritual autobiography Apologia Pro Vita Sua in 1864, he was playing upon both this connotation, and the more commonly understood meaning of an expression of contrition or regret.

At the end of the 19th and at the beginning of the 20th century a group of conservative American economists and social scientists became known as the American Apologists. Their different theoretical orientations notwithstanding, they were apologists for the status quo and rose to defend the new industrial age and condemn unions and populist causes.[35]

They included Simon Newcomb at Johns Hopkins, John Bates Clark at Columbia, James Laurence Laughlin at Chicago, Charles F Dunbar and Frank William Taussig at Harvard, Arthur T. Hadley and William Graham Sumner at Yale, and controlled the American university system in the East. This was backed by the cleansing of socialist reformers from American higher education after the Haymarket affair, an 1886 incident in Chicago.

In a famous speech called "Red Jacket on Religion for the White Man and the Red" in 1805, Seneca chief Red Jacket gave an apologetic for Native American religion.[36]