Jean-Marie Pirot (Trémery,1926) known as Arcabas, a name given by his pupils, is a French contemporary sacred artist. 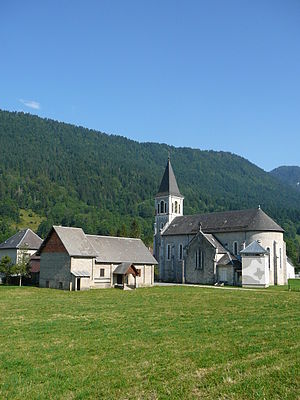 From 1969 to 1972, he was appointed guest artist by the Canadian government, and was a professor of the University of Ottawa, where he created «l’atelier collectif expérimental». Back to France, he founded the atelier «Éloge de la Main» .

Later, he received several demands from the French government and religious institutions. His works can be found in France, Germany, Mexico, Canada or the USA, although he's not a well-known artist. He currently lives in Saint-Pierre-de-Chartreuse, in Isère.

He has used several techniques: sculpture, engraving, tapestry, mosaic or cabinet work, but specially painting. He has also worked for theater making scenery and costumes.

His works are usually inspired by stories of the Bible.