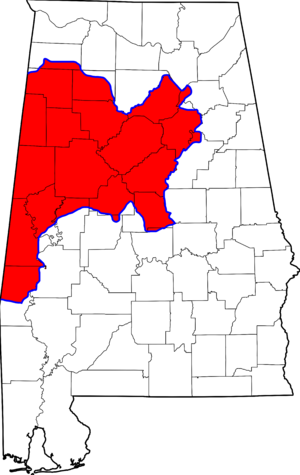 205 is the North American telephone area code for western and central Alabama, including the cities of Birmingham and Tuscaloosa.

It was created in 1947 as the sole area code in Alabama. By the 1990s, it was increasingly obvious that Alabama could not stay in one area code. In addition to the state's rapid growth, the state was running out of numbers due to the proliferation of cell phones and pagers. The supply of numbers was further limited because the state is part of several LATAs that spill into neighboring states. Much of eastern Alabama, for instance, is part of the Atlanta LATA.

Finally, in 1995, the southern half of the state--everything from Montgomery southward--was split off as area code 334. It was reduced to its current size in 1998, when the northern and eastern portions became area code 256.[1]

Area code 659 is scheduled to provide numbering relief for the 205 area but no implementation date has been announced.