Austin Independent School District is a school district based in the city of Austin, Texas, United States. Established in 1881,[2] the district serves most of the City of Austin, the City of Sunset Valley, the Village of San Leanna, and unincorporated areas in Travis County (including Manchaca). The district operates 129 schools including 84 elementary schools, 18 middle schools, and 16 high schools.

Like other Texas public school districts, AISD is funded through a combination of local property taxes, general state revenues (such as occupation taxes, Texas Lottery profits, and returns from the Permanent School Fund), and federal education funds.[9] The district also funds some facilities construction and improvements through the issuance of debt by bond elections; AISD's most recent bond election was in 2013.[10]

Austin Ed Fund serves as a catalyst for generating and distributing external resources for the support of innovation and excellence in AISD. Originally named Austin Public Education Foundation (APEF), Austin Ed Fund was created over two decades ago as a 501(c)(3) nonprofit organization governed by an independent Board of Directors made up of business, community and education leaders.

On April 14, 2014, superintendent Dr. Meria Joel Carstarphen announced that she was resigning to become the superintendent of Atlanta Public Schools in Atlanta, Georgia.[11] On January 26, 2015, Dr. Paul Cruz was promoted from interim to full superintendent.[12]

The following high schools cover grades 9 to 12, unless otherwise noted.

The Magnet accepts students from across AISD on a basis of academic record and provides them with a more advanced program. The Magnet is not housed separately from Kealing's comprehensive program, but provides different classes to its students. 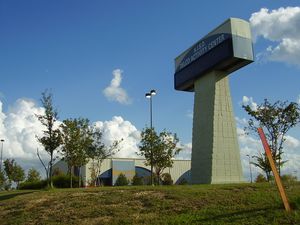