Alabama's first aeronautical event was on 10 March 1910 with the flight of a Wright biplane flown by Orville Wright in Montgomery, Alabama.[1] 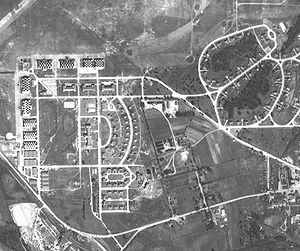 Overhead view of Maxwell Field in 1937