The Ordnance BL 6 inch 26cwt howitzer was a British howitzer used during World War I and World War II. The qualifier "26cwt" refers to the weight of the barrel and breech together which weighed 26 long hundredweight (1.3 t).

It was developed to replace the obsolescent 6 inch 25 cwt and 6 inch 30 cwt howitzers which were outclassed by German artillery such as the 15 cm schwere Feldhaubitze 13. Design began in January 1915, the first proof-firing occurred on 30 July 1915 and it entered service in late 1915.[1] Its combination of firepower, range and mobility (for its day) made it one of the British Empire's most important weapons in World War I.

It was originally towed by horses but from 1916 onwards was commonly towed by the "FWD" 4 wheel drive 3 ton lorry as heavy field artillery. The wooden spoked wheels could be fitted with "girdles" for work in mud or sand to prevent them sinking. Towards the end of the war solid rubber tyres were fitted over the iron tyres on the wheel rims, giving the rims a heavier appearance. It fired 22.4 million rounds on the Western Front.[3] 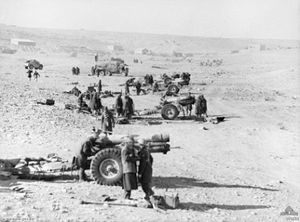 During the interwar period the carriage had its wooden spoked wheels replaced with modern steel wheels and pneumatic tyres. During World War II, its use was restricted after 1942 when the replacement BL 5.5 inch Medium Gun came into use. It was however reintroduced in Burma due to a number of premature detonations in 5.5-inch (140 mm) guns. It was declared obsolete with the end of the war in 1945.

Captured examples received the designation FH-412(e) in German use.