Beaver County is a county located in the U.S. state of Oklahoma. As of the 2010 census, the population was 5,636.[1] The county seat is Beaver.[2] The name was given because of the presence of many beaver dams on the Beaver River, which runs through the area.[3] It is located in the Oklahoma Panhandle.

The land where Beaver County is located has been under several jurisdictions. At one time, it was part of Texas before Texas became a state of the United States. Then in the Compromise of 1850, Texas ceded the land that would eventually become the Oklahoma panhandle to the United States government.[4] The area was known as "No Man's Land" because it belonged to no state or territorial government.[4] There was a period of time (1886 - 1890) that it was a separate organized territory, known as Cimarron Territory.[5] After becoming part of the Oklahoma Territory in 1890, Beaver County (first called Seventh County) covered the entire Oklahoma Panhandle.[5] At statehood in 1907, Cimarron County was taken from the western one-third, while Texas County was taken from the middle, leaving Beaver County only in the east.[4] Its borders are now at 100°W (east), 37°N (north), 36.5°N (south), and approximately 100.8°W (west).

Just north of the town of Beaver is the Beaver Dunes State Park. 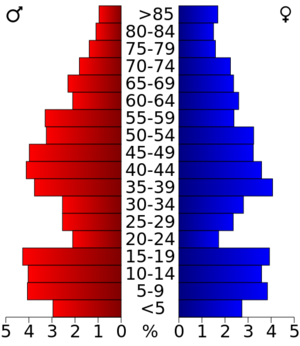 Beaver County's economy has largely been based on agriculture since the turn of the 20th Century. At first, the major crop was broomcorn, but that was overtaken by wheat in the 1920s. Railroads connected the county to agricultural markets and stimulated an influx of new farmers. Beginning in 1912, the Wichita Falls and Northwestern Railway built a line from Woodward through Gate to Forgan. Beaver, Meade and Englewood Railroad completed a spur in 1915 from Beaver to Forgan, which was extended westward in 1925 -1927 to Hooker. New towns arose along the rail lines or old ones relocated along them.[5]

The following sites in Beaver County are listed on the National Register of Historic Places: