The Bendheim Center for Finance is an interdisciplinary research center established by Princeton University in 1997[1] at the initiative of Ben Bernanke.[2]

In 1997, Princeton University established the Bendheim Center for Finance to encourage interdisciplinary research in finance from a quantitative or mathematical perspective. The Center's research activities focus on the study of financial markets and asset prices, financial structure of firms, commercial banks and other financial intermediaries, and linkages between financial economics and such fields as engineering, operations research, mathematics, computer science, psychology and public policy. "Proponents of the program cited similar 'professionally-oriented mathematical and computational finance programs' at University of California, Berkeley, Carnegie Mellon, MIT, Columbia University, the University of Chicago and other peer institutions."[3]

The Center celebrated its tenth anniversary with a conference and lecture by Bernanke in September 2010.

The Bendheim Center for Finance is located in former Dial Lodge on Prospect Avenue, adjacent to the Economics Department's Fisher Hall and close to the Operations Research and Financial Engineering department.

News of faculty research of the Bendheim Center regularly appear in international media. Markus Brunnermeier, Paul Krugman and Hyun Song Shin among others were recently featured in various publications about the Euro Crisis, and Alan Blinder writes regularly for The New York Times and various other publications. A Wall Street Journal article about bubbles featured three "young stars" — Harrison Hong, for his work on "how differences of opinion and short-sales constraints can help start a bubble, and analysts' role in forming a bubble;" Wei Xiong, for his work on "how investors' disparate beliefs and overconfidence lead to frequent trading in bubble periods;" Markus Brunnermeier, for his research "suggesting rational investors are better off riding a bubble than trying to attack it."[4]

The Bendheim Center offers certificates to undergraduates. The first certificates in finance were offered in the fall of 1999 and awarded in June 2000. Grade requirements were added in 2008 to reduce class sizes to more manageable numbers.[5]

The Bendheim Center for Finance offers a Masters in Finance (MFin) degree that can be completed in 1 year (10 courses) or 2 years (16 courses). Most students complete the degree in 2 years, and only students with substantial prior finance training or work experience are admitted to the 1 year option. The New York Sun claims that it is a popular alternative to an MBA, particularly for people wishing to go into trading and hedge fund jobs.[1]

The Bendheim Center for Finance began offering the Masters in Finance degree in 2001, awarding the first degrees in June 2002. Admittance to the program is extremely competitive with fewer than five percent of applications being accepted in recent years.[6]

The center accepts Ph.D. students through the Department of Economics, the Department of Operations Research and Financial Engineering, or the Program in Applied and Computational Mathematics. Three Ph.D students received degrees in 2014.[7] 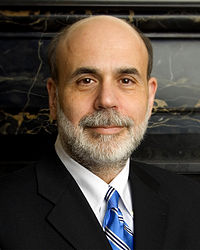