Best of all possible worlds 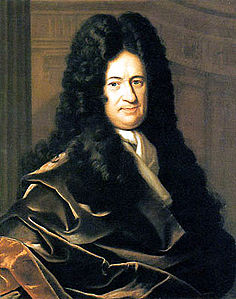 Gottfried Leibniz, the philosopher who coined the term "best of all possible worlds" in his 1710 work Théodicée.

The phrase "the best of all possible worlds" (French: le meilleur des mondes possibles; German: Die beste aller möglichen Welten) was coined by the German polymath Gottfried Leibniz in his 1710 work Essais de Théodicée sur la bonté de Dieu, la liberté de l'homme et l'origine du mal (Essays on the Goodness of God, the Freedom of Man and the Origin of Evil). The claim that the actual world is the best of all possible worlds is the central argument in Leibniz's theodicy, or his attempt to solve the problem of evil.

Among his many philosophical interests and concerns, Leibniz took on this question of theodicy: If God is omnibenevolent, omnipotent and omniscient, how do we account for the suffering and injustice that exists in the world? Historically, attempts to answer the question have been made using various arguments, for example, by explaining away evil or reconciling evil with good.

As a Christian, Leibniz used the all able of God to outline his perfect world theory. In his work, The Monadology, the argument is perceived from five parts:

To further understand his argument, these five statements can be grouped in three main premises. The first and second statements state that God can only choose one universe from the infinitely amount of possible universes. The third and fourth statements state that God is a perfect existence, and he makes decisions based on reason. The final statement, which is the conclusion, says the existed world that chose by God is the best.

Leibniz used Christianity to back up the validity of all the premises. For the first premise, God’s existence and role as the creator of the world was proven by the bible; the “one universe” argument does not necessarily refer to only one world could exist, that one can extend “universe” to mean the set of multiple worlds, which God is supreme over, and that this set is the best of all possible worlds.[2] The second premise is proven since “God acts always in the most perfect and most desirable manner possible”.[3] Therefore, His choice will always be the best, and only perfect existence can make perfect decision throughout time. Since all the premises are right, then Leibniz concluded, “The universe that God chose to exist is the best of all possible worlds”.[1]

To set his argument, Leibniz wrestled with the problem of sin and evil in the world that obviously exists and is considered as the imperfection of the world. Leibniz, in this letter said, “I do not believe that a world without evil, preferable in order to ours, is possible; otherwise it would have been preferred. It is necessary to believe that the mixture of evil has produced the greatest possible good: otherwise the evil would not have been permitted”.[4] In other words, if a world without evil is more perfect in any way, then evil would have not happened, and the world without evil would be our world instead. God put evilness in the world is for us to understand what goodness, which is achieved through contrast it with evil. Once we understood evil and good, it gives us the ability to produce the “greatest possible good” out of all the goodness. Evil fuels goodness, which leads to a perfect system.

Free will versus determinism

See also: Free will and Determinism

For Leibniz, an additional central concern is the matter of reconciling human freedom (indeed, God's own freedom) with the determinism inherent in his own theory of the universe. Leibniz' solution casts God as a kind of "optimizer" of the collection of all original possibilities: Since he is good and omnipotent, and since he chose this world out of all possibilities, this world must be good—in fact, this world is the best of all possible worlds.

In his writing, “Discourse on Metaphysics”, Leibniz first establishes that God is an absolutely perfect being. He says people can logically conclude this through reason since “the works must bear the imprint of the workman, because we can learn who he was just by inspecting them”.[5] He calls this the Principle of Perfection, which says that God’s knowledge and power is to the highest degree, more so than any human can comprehend. Due to God’s omnipotence, Leibniz makes the premise that God has thought of every single possibility there is to be thought of before creating this world. His perfection gives him the ability to think “beyond the power of a finite mind”, so He has sufficient reason to choose one world over the other.[6]

Out of all the possibilities, God chose the very best world because not only is God powerful, but He is also morally good. He writes “the happiness of minds is God’s principal aim, which He carries out as far as the general harmony will permit”, meaning a benevolent God will only do actions with the intention of good will towards His creation.[6] If one supposed that this world is not the best, then it assumes that the creator of the universe is not knowledgeable enough, powerful enough, or inherently good, for an inherently good God would have created the best world to the best of His ability. It would overall be a contradiction to His good and perfect nature, and so the universe that God has chosen to create can only be the best of all possible worlds.[7]

On the one hand, this view might help us rationalize some of what we experience: Imagine that all the world is made of good and evil. The best possible world would have the most good and the least evil. Courage is better than no courage. It might be observed, then, that without evil to challenge us, there can be no courage. Since evil brings out the best aspects of humanity, evil is regarded as necessary. So in creating this world God made some evil to make the best of all possible worlds. On the other hand, the theory explains evil not by denying it or even rationalizing it—but simply by declaring it to be part of the optimum combination of elements that comprise the best possible godly choice. Leibniz thus does not claim that the world is overall very good, but that because of the necessary interconnections of goods and evils, God, though omnipotent, could not improve it in one way without making it worse in some other way.[8]

Giovanni Gentile, in his work The General Theory of Mind as Pure Act, claimed that if God had created everything to fall into line with the most favorable possible condition, it would suppose that all of reality is pre-realized and determined in the mind of God. Therefore the apparent free will displayed by both God, by his necessity of being bound by what is the most good, and humanity in their limitations derived from God to be in line with the most good, are not free wills at all but entirely determinate. Thus ultimately relegated to blind naturalistic processes entrapping both God and humanity to necessity, robbing both of any true freely creative will.

Critics of Leibniz, such as Voltaire, argue that the world contains an amount of suffering too great to justify optimism. While Leibniz argued that suffering is good because it incites human will, critics argue that the degree of suffering is too severe to justify belief that God has created the "best of all possible worlds". Leibniz also addresses this concern by considering what God desires to occur (his antecedent will) and what God allows to occur (his consequent will).[9] Others, such as the Christian philosopher Alvin Plantinga criticized Leibniz's theodicy by arguing that there probably is not such a thing as the best of all possible worlds, since one can always conceive a better world, such as a world with one more morally righteous person.[10]

The Theodicy was deemed illogical by the philosopher Bertrand Russell.[11] Russell argues that moral and physical evil must result from metaphysical evil (imperfection). But imperfection is merely finitude or limitation; if existence is good, as Leibniz maintains, then the mere existence of evil requires that evil also be good. In addition, libertarian Christian theology defines sin as not necessary but contingent, the result of free will. Russell maintains that Leibniz failed to logically show that metaphysical necessity (divine will) and human free will are not incompatible or contradictory.

The mathematician Paul du Bois-Reymond, in his "Leibnizian Thoughts in Modern Science", wrote that Leibniz thought of God as a mathematician:

As is well known, the theory of the maxima and minima of functions was indebted to him for the greatest progress through the discovery of the method of tangents. Well, he conceives God in the creation of the world like a mathematician who is solving a minimum problem, or rather, in our modern phraseology, a problem in the calculus of variations – the question being to determine among an infinite number of possible worlds, that for which the sum of necessary evil is a minimum.

The statement that "we live in the best of all possible worlds" drew scorn, most notably from Voltaire, who lampooned it in his comic novella Candide by having the character Dr. Pangloss (a parody of Leibniz and Maupertuis) repeat it like a mantra. From this, the adjective "Panglossian" describes a person who believes that the world about us is the best possible one.

Aquinas, using Scholasticism, treats the "Best of all possible worlds" problem in the Summa Theologica (1273):[12]

Objection 1: It seems that God does not exist; because if one of two contraries be infinite, the other would be altogether destroyed. But the word "God" means that He is infinite goodness. If, therefore, God existed, there would be no evil discoverable; but there is evil in the world. Therefore God does not exist.

He counters this in general by the quinque viae, and in particular with this refutation:

Reply to Objection 1: As Augustine says (Enchiridion xi): "Since God is the highest good, He would not allow any evil to exist in His works, unless His omnipotence and goodness were such as to bring good even out of evil." This is part of the infinite goodness of God, that He should allow evil to exist, and out of it produce good.

The theological theory of pandeism has been classed as a logical derivation of this proposition with the contention that:

If divine becoming were complete, God's kenosis--God's self-emptying for the sake of love--would be total. In this pandeistic view, nothing of God would remain separate and apart from what God would become. Any separate divine existence would be inconsistent with God's unreserved participation in the lives and fortunes of the actualized phenomena."[13]:67