Prior to his career as a cameraman, Bitzer developed early cinematic technologies for the American Mutoscope Company, eventually to become the Biograph Company. He admired and learned the art of motion picture photography from Kinetoscope inventor W.K.L. Dickson, who directed the early Biograph shorts on which Bitzer cut his teeth. Until 1903, Bitzer was employed by Biograph primarily as a documentary photographer, and from 1903 onward primarily as the photographer of narrative films, as these gained popularity. (Hendricks 1964, pp. 5)

In 1908 Bitzer entered into his first collaboration with Griffith. The two would work together for the rest of Bitzer's career, leaving Biograph in 1913 for the Mutual Film Corporation where Bitzer continued to innovate, perfecting existing technologies and inventing new ones. During this time he pioneered the field of matte photography and made use of innovative lighting techniques, closeups, and iris shots.

Bitzer provided assistance during Griffith's directorial debut, 1908's The Adventures of Dollie, which was shot by Arthur Marvin. He eventually succeeded Marvin as Griffith's regular cinematographer, working with him on some of his most important films and contributing significantly to cinematic innovations attributed to Griffith. In 1910, he photographed Griffith's silent short, In Old California, in the Los Angeles village of "Hollywoodland", qualifying Bitzer as, arguably, Hollywood's first Director of Photography. The apex of Bitzer and Griffith's collaboration came with The Birth of a Nation (1915), a film funded in part by Bitzer's life savings, and the epic Intolerance (1916).

For all his innovation, Bitzer did not survive the industry's transition to sound, and in 1944 he suffered a heart attack and died in Hollywood in relative obscurity.

His autobiography, Billy Bitzer: His Story, was published posthumously in 1973.

In 2003, a survey conducted by the International Cinematographers Guild named him one of the ten most influential cinematographers in history.[1] Bitzer, it is said, "developed camera techniques that set the standard for all future motion pictures."[2] Among Bitzer's innovations were 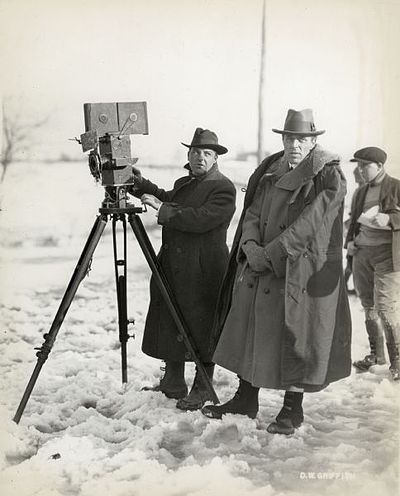