The Brady Handgun Violence Prevention Act (Pub.L. 103–159, 107 Stat. 1536, enacted November 30, 1993), often referred to as the Brady Act or the Brady Bill,[1][2] is an Act of the United States Congress that mandated federal background checks on firearm purchasers in the United States, and imposed a five-day waiting period on purchases, until the NICS system was implemented in 1998.

The original legislation was introduced into the House of Representatives by Representative Charles E. Schumer[3] in March 1991,[1] but was never brought to a vote. The bill was reintroduced by Rep. Schumer on February 22, 1993 and the final version was passed on November 11, 1993. It was signed into law by President Bill Clinton on November 30, 1993 and the law went into effect on February 28, 1994. The Act was named after James Brady, who was shot and wounded by John Hinckley Jr. during an attempted assassination of President Ronald Reagan on March 30, 1981.

The Brady Bill requires that background checks be conducted on individuals before a firearm may be purchased from a federally licensed dealer, manufacturer or importer—unless an exception applies. If there are no additional state restrictions, a firearm may be transferred to an individual upon approval by the National Instant Criminal Background Check System (NICS) maintained by the FBI. In some states, proof of a previous background check can be used to bypass the NICS check. For example, a state-issued concealed carry permit usually includes a background check equivalent to the one required by the Act. Other alternatives to the NICS check include state-issued handgun purchase permits or mandatory state or local background checks.[citation needed]

Currently, 92% of Brady background checks through NICS are completed while the FBI is still on the phone with the gun dealer.[5] In rare cases, a gun purchaser may have to wait for up to three business days if the NICS system fails to positively approve or deny his/her application to purchase a firearm. If a denial is not issued within those three days, the transfer may be completed at that time.

Firearm transfers by unlicensed private sellers that are "not engaged in the business" of dealing firearms are not subject to the Brady Act, but may be covered under other federal, state, and local restrictions.

The Brady Bill also does not apply to licensed Curios & Relics (C&R) collectors, but only in respect to C&R firearms.[6] The FFL Category 03 Curio & Relic license costs $30 and is valid for three years. Licensed C&R collectors may also purchase C&R firearms from private individuals or from federal firearms dealers[clarification needed], whether in their home state or in another state, and ship C&R firearms in interstate commerce by common carrier. Curios or relics are defined in 27 C.F.R. 478.11 as "Firearms which are of special interest to collectors by reason of some quality other than is associated with firearms intended for sporting use or as offensive or defensive weapons." The regulation further states:

To be recognized as curios or relics, firearms must fall within one of the following categories:

(a) Firearms which were manufactured at least 50 years prior to the current date, but not including replicas thereof;

(b) Firearms which are certified by the curator of a municipal, State, or Federal museum which exhibits firearms to be curios or relics of museum interest; or

(c) Any other firearms which derive a substantial part of their monetary value from the fact that they are novel, rare, bizarre, or because of their association with some historical figure, period, or event. Proof of qualification of a particular firearm under this category may be established by evidence of present value and evidence that like firearms are not available except as collector's items, or that the value of like firearms available in ordinary commercial channels is substantially less. 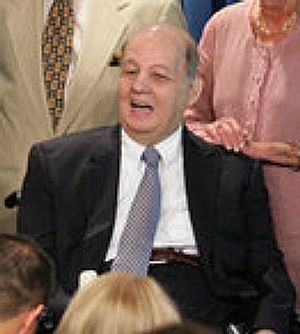 James Brady was press secretary to President Ronald Reagan when both he and the president, along with Secret Service agent Tim McCarthy and District of Columbia police officer Thomas Delehanty, were shot on March 30, 1981, during an assassination attempt by John Hinckley Jr., Brady was shot in the head and suffered a serious wound that left him partially paralyzed for life.[7]

John Hinckley Jr. bought the .22 caliber Röhm RG-14 revolver used in the shooting at a Dallas, Texas, pawn shop on October 13, 1980. In a purchase application that he filled out before taking possession of the revolver, he provided a false home address on the form and showed an old Texas driver's license as "proof" that he lived there. This constituted a felony offense. Additionally, Hinckley had been arrested four days earlier at the Metropolitan Airport in Nashville, Tennessee, when he attempted to board an American Airlines flight for New York with three handguns and some loose ammunition in his carry-on bag.[8] That same day, President Jimmy Carter was in Nashville and scheduled to travel to New York. Finally, Hinckley had been under psychiatric care prior to his gun purchase.[citation needed]

According to Sarah Brady, had a background check been conducted on Hinckley, it could have detected some, or all, of this important criminal and mental health history.[9]

Sarah Brady, James's wife, became active in the gun control movement a few years after the shooting. She joined the Board of Handgun Control, Inc. (HCI) in 1985 and became its Chair in 1989. Two years later, she became Chair of the Center to Prevent Handgun Violence, HCI's 501(c)(3) sister organization. In 2001, the organizations were renamed the Brady Campaign to Prevent Gun Violence and the Brady Center to Prevent Gun Violence in honor of James and Sarah.[citation needed]

On February 4, 1987, the Brady Act was introduced in the U.S. Congress for the first time. Sarah Brady and HCI made the passage of the Brady bill, as it was commonly called, their top legislative priority.[11] In a March 1991 editorial, President Reagan opined that the Brady Act would provide a crucial "enforcement mechanism" to end the "honor system" of the 1968 Gun Control Act and "can't help but stop thousands of illegal handgun purchases."[10]

In 2000, controversy arose when Sarah Brady purchased a .30-06 Springfield rifle in Delaware for her son.[15] Gun rights groups claimed that this action was a straw purchase, intended to avoid the NICS, and may have also violated Delaware firearms purchase laws.[16] No charges were ever filed against Sarah Brady, however. A firearm purchased as a gift is not considered a straw purchase under U.S. federal law if the recipient may legally possess it. Critics pointed out, however, that private firearm transfers like the one made by Sarah Brady are a common concern of gun control advocates (although exemptions for family members have been allowed in past legislation to regulate such sales).[17]

After the Brady Act was originally proposed in 1987, the National Rifle Association (NRA) mobilized to defeat the legislation, spending millions of dollars in the process. While the bill eventually did pass in both chambers of the United States Congress, the NRA was able to win an important concession: the final version of the legislation provided that, in 1998, the five-day waiting period for handgun sales would be replaced by an instant computerized background check that involved no waiting periods.[18]

The NRA then funded lawsuits in Arizona, Louisiana, Mississippi, Montana, New Mexico, North Carolina, Texas, Vermont and Wyoming that sought to strike down the Brady Act as unconstitutional. These cases wound their way through the courts, eventually leading the U.S. Supreme Court to review the Brady Act in the case of Printz v. United States.[citation needed]

In Printz, the NRA argued that the Brady Act was unconstitutional because its provisions requiring local law enforcement officers to conduct background checks was a violation of the 10th Amendment to the Constitution (Brief Amicus Curiae of the National Rifle Association of America in Support of Petitioners, Printz v. United States, 521 U.S. 898, 1997). Based on these grounds, the NRA told the Court "the whole Statute must be voided."[citation needed]

In its 1997 decision in the case, the Supreme Court ruled that the provision of the Brady Act that compelled state and local law enforcement officials to perform the background checks was unconstitutional on 10th amendment grounds. The Court determined that this provision violated both the concept of federalism and that of the unitary executive. However, the overall Brady statute was upheld and state and local law enforcement officials remained free to conduct background checks if they so chose. The vast majority continued to do so.[19] In 1998, background checks for firearm purchases became mostly a federally run activity when NICS came online, although many states continue to mandate state run background checks before a gun dealer may transfer a firearm to a buyer.[citation needed]

Background checks for firearms purchases operate in only one direction because of the Firearm Owners Protection Act.[20] That is, although a firearms dealer may obtain electronic information that an individual is excluded from firearms purchases, the FBI and the Bureau of Alcohol, Tobacco, Firearms, and Explosives (ATF) do not receive electronic information in return to indicate what firearms are being purchased.[citation needed]

From the inception of the NICS system in 1998 through 2014, more than 202 million Brady background checks have been conducted.[21] During this period approximately 1.2 million attempted firearm purchases were blocked by the Brady background check system, or about 0.6 percent.[22] The most common reason for denials are previous felony convictions.[22]

Prosecution and conviction of violators of the Brady Act, however, is extremely rare. During the first 17 months of the Act, only seven individuals were convicted. In the first year of the Act, 250 cases were referred for prosecution and 217 of them were rejected.[23]

A 2000 study found that the implementation of the Brady Act was associated with "reductions in the firearm suicide rate for persons aged 55 years or older but not with reductions in homicide rates or overall suicide rates."[24]