From Infogalactic: the planetary knowledge core
Jump to: navigation, search
This article is about the former company British Aerospace. For its successor, see BAE Systems.

British Aerospace plc (BAe) was a British aircraft, munitions and defence-systems manufacturer. Its head office was at Warwick House in the Farnborough Aerospace Centre in Farnborough, Hampshire.[1] In 1999 it purchased Marconi Electronic Systems, the defence electronics and naval shipbuilding subsidiary of the General Electric Company plc, to form BAE Systems.

The company was formed in the United Kingdom as a statutory corporation on 29 April 1977 as a result of the Aircraft and Shipbuilding Industries Act. This called for the nationalisation and merger of the British Aircraft Corporation, Hawker Siddeley Aviation, Hawker Siddeley Dynamics and Scottish Aviation. In 1979 BAe officially joined Airbus, the UK having previously withdrawn support for the consortium in April 1969.

In accordance with the provisions of the British Aerospace Act 1980 the statutory corporation was changed to a public limited company (plc), British Aerospace Public Limited Company, on 1 January 1981. On 4 February 1981 the government sold 51.57% of its shares. The British government sold its remaining shares in 1985, maintaining a £1 golden share which allows it veto foreign control of the board or company.[2]

On 26 September 1985, the UK and Saudi Arabian governments signed the Al Yamamah contract, with BAe as prime contractor. The contracts, extended in the 1990s and never fully detailed, involved the supply of Panavia Tornado strike and air defence aircraft, Hawk trainer jets, Rapier missile systems, infrastructure works and naval vessels. The Al Yamamah deals are valued at anything up to £20 billion and still continue to provide a large percentage of BAE Systems' profits.

In 1986, With Alenia Aeronautica, CASA and DASA, BAe formed Eurofighter GmbH for the development of the Eurofighter Typhoon.

On 22 April 1987 BAe acquired Royal Ordnance, the British armaments manufacturer, for £190 million. Heckler & Koch GmbH was folded into this division when BAe acquired it in 1991.

In 1988 BAe purchased the Rover Group which then was privatised by the British government of Margaret Thatcher.

In 1991 BAe acquired a 30% interest in Hutchison Telecommunications through a stock swap deal, where Hutchison was given a controlling stake of 65% in BAe’s wholly owned subsidiary - Microtel Communications Ltd.[3][4][5] In August 1991, BAe formed a naval systems joint venture, BAeSEMA, with the Sema Group.[3] BAe acquired Sema's 50% share in 1998. 1991 also saw BAe begin to experience major difficulties. BAe saw its share price fall below 100p for the first time. On 9 September 1991, the company issued a profits warning and later that week "bungled" the launch of a £432 million rights issue.[6] On 25 September 1991 BAe directors led by CEO Richard Evans ousted the Chairman Professor Sir Roland Smith in a move described by The Independent as "one of the most spectacular and brutal boardroom coups witnessed in many years."[7] Evans described the troubles as a confluence of events:[8]

"our property company [Arlington Securities] was hit with a lousy market. Sales of the Rover Group sank by about a fifth and losses mounted. The government's defence spending volumes underwent a major review. Losses in our commercial aerospace division increased dramatically with the recession in the airline industry."

In 1992 BAe formed Avro RJ Regional Jets to produce the Avro RJ series, an evolution of the BAe 146. In mid-1992 BAe wrote off £1 billion of assets, largely as part of redundancies and restructuring of its regional aircraft division.[9] This was largest asset write-off in UK corporate history. The General Electric Company (GEC), later to sell its defence interests to BAe, came close to acquiring BAe at this time.[9] BAe cut 47% of its workforce (60,000 out of 127,000), 40,000 of which were from the regional aircraft division.

Evans decided to sell non-core business activities which included The Rover Group, Arlington Securities, BAe Corporate Jets, BAe Communications and Ballast Nedam. Although the rationale of diversification was sound (to shield the company from cyclical aerospace and defence markets) the struggling company could not afford to continue the position: "We simply could not afford to carry two core businesses, cars and aerospace. At one point Rover was eating up about £2 billion of our banking capacity."[10] BAe Corporate Jets Ltd and Arkansas Aerospace Inc were sold to Raytheon in 1993. In 1994 the Rover Group was sold to BMW and British Aerospace Space Systems was sold to Matra Marconi Space. In 1998 BAe's shareholding of Orange plc was reduced to 5%.[4] The Orange shareholding was a legacy of the 30% stake in Hutchison Telecommunications (UK) Ltd when Hutchison exchanged its own shares for a mobile phone company (Microtel Communications Ltd) from BAe.[3][5]

BAeSEMA, Siemens Plessey and GEC-Marconi formed UKAMS Ltd in 1994 as part of the Principal Anti-Air Missile System (PAAMS) consortium. UKAMS would become a wholly owned subsidiary of BAe Dynamics in 1998. In 1995 Saab Military Aircraft and BAe signed an agreement for the joint development and marketing of the export version of the JAS 39 Gripen. In 1996 BAe and Matra Defense agreed to merge their missile businesses into a joint venture called Matra BAe Dynamics. In 1997 BAe joined the Lockheed Martin X-35 Joint Strike Fighter team. The company acquired the UK operations of Siemens Plessey Systems (SPS) in 1998 from Siemens AG. DASA purchased SPS' German assets.[11][12]

Defence consolidation became a major issue in 1998, with numerous reports linking various European defence groups – mainly with each other but also with American defence contractors. It was widely anticipated that BAe would merge with Germany’s DASA to form a pan-European aerospace giant. A merger deal was negotiated between Richard Evans and DASA CEO Jürgen Schrempp.[13] However when it became clear that GEC was selling its defence electronics business Marconi Electronic Systems, Evans put the DASA merger on hold in favour of purchasing Marconi. Evans stated in 2004 that his fear was that an American defence contractor would acquire Marconi and challenge both BAe and DASA. Schrempp was angered by Evans' actions and chose instead to merge DASA with Aerospatiale to create the European Aeronautic Defence and Space Company (EADS). This group was joined by Spain’s CASA following an agreement in December 1999.

The GEC merger to create a UK company compared to what would have been an Anglo-German firm, made the possibility of further penetration of the United States (US) defence market more likely. The company, initially called "New British Aerospace", was officially formed on 30 November 1999 and known as BAE Systems.[14]

BAe was the UK's largest exporter, a Competition Commission report gives a ten-year aggregate figure of £45 billion, with defence sales accounting for approximately 80%.[15] 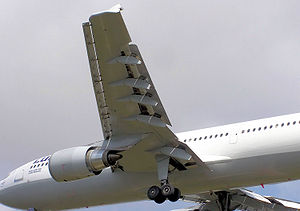 An example of a wing of the first Airbus model, the A300 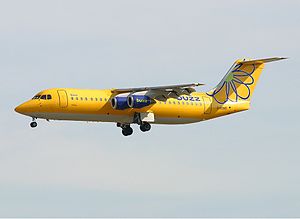 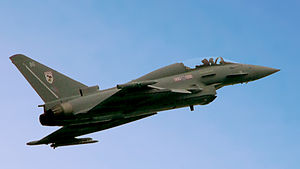 There have been allegations that the Al Yamamah contracts were a result of bribes ("douceurs") to members of the Saudi royal family and government officials. Some allegations suggested that the former Prime Minister's son Mark Thatcher may have been involved; he has strongly denied receiving payments or exploiting his mother's connections in his business dealings.[16] The UK National Audit Office investigated the contracts and has so far never released its conclusions – the only NAO report ever to be withheld. The BBC's Newsnight observed that it is ironic that the once classified report analysing the construction of MI5's Thames House and MI6's Vauxhall Cross headquarters has been released, but the Al Yamamah report is still deemed too sensitive.[citation needed]

The 2007 documentary film Welcome Aboard Toxic Airlines contained evidence that vital data was withheld from a 1999-2000 Australian Senate Inquiry into the health and flight safety issues relating to oil fumes on the BAe 146. The film also contains an Australian Senator speech about money being paid by BAe for silence on the fumes issue.[citation needed]