Buda in the Middle Ages

Buda (Hungarian pronunciation: [ˈbudɒ]) is the former capital of the Kingdom of Hungary and the western part of the current Hungarian capital Budapest on the west bank of the Danube. Buda comprises about one-third of Budapest's complete territory and is mostly wooded and hilly. Notable landmarks include the Buda Castle and the Citadella. The Hungarian president's residence, Sándor Palace, is also in Buda.

Historical coat of arms of Buda, Holy Crown on the top.[1] 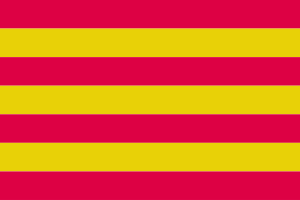 The Buda fortress and palace were built by King Béla IV of Hungary. in 1247, and were the nucleus round which the town of Buda was built, which soon gained great importance, and became in 1361 the capital of Hungary.[2]

While Pest was mostly Hungarian in the 15th century, Buda had a German majority;[3] however according to the Hungarian Royal Treasury, it had a Hungarian majority with a sizeable German minority in 1495.[4] Buda became part of Ottoman-ruled central Hungary from 1541 to 1686. It was known as Budin Eyalet during the Ottoman era. The Ottoman Empire settled Serbian settlers in the nearby areas of the city. The original Christian citizens of the city (Germans and Hungarians) fled.

In 1686, two years after the unsuccessful siege of Buda, a renewed European campaign was started to enter Buda, which was formerly the capital of medieval Hungary. This time, the Holy League's army was twice as large, containing over 74,000 men, including German, Dutch, Hungarian, English, Spanish, Czech, French, Croat, Burgundian, Danish and Swedish soldiers, along with other Europeans as volunteers, artilleryman, and officers, the Christian forces reconquered Buda (see Siege of Buda).

After the reconquest of Buda, bourgeoisie from different parts of southern Germany moved into the almost deserted city. Germans — also clinging to their language — partly crowded out, partly assimilated the Hungarians and Serbians they had found here.[3] As the rural population moved into Buda, in the 19th century slowly Hungarians became the majority there.