Buddhism owes its origins primarily from Shakyamuni Buddha who appeared in India around 2500 years ago or more. As a religion, Buddhism is introduced in modern-day Singapore primarily by migrants from across the world over past centuries. The first recorded histories of Buddhism in Singapore can be observed in the early days' monasteries and temples such as Thian Hock Keng and Jin Long Si Temple that were built by settlers that came from various parts of the world, in particularly Asia. In 2010, out of 2,779,524 Singaporeans polled, 943,369 (33.9%) of them aged 15 and over identified themselves as Buddhists.[1] There are a variety of Buddhist organizations in Singapore, with the more predominant authorities being established ones such as the Singapore Buddhist Federation. 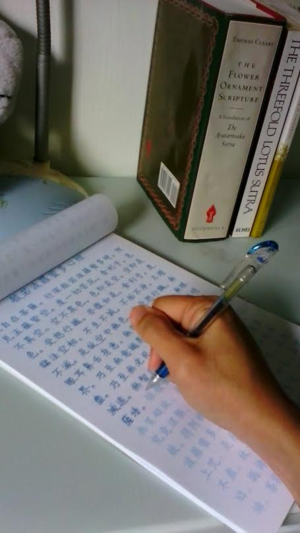 The Buddhist doctrine was presented by the Gautama Buddha around 2500 years ago in North India. During more than forty years of ministry, preachings revolved around the fundamental characteristics of existence which included stress (dukkha), egolessness (anatta) and impermanence (anicca). Most of the sermons of the Buddha were originally memorised by disciples before the first buddhist publications and documentations were invented, possibly in Central Asia.

Buddhism first appeared around the Singapore Straits during the 2nd century. Given the historic status of Singapore as a British trade port and colonial state, as well as a brief period of Japanese colonial rule during World War II, over the centuries a variety of Buddhist lineages from across the globe has appeared gradually on the island. They include Japanese and Western interpretations of the tripitaka, although a substantial local presence have their origins dating back into historic South East and East Asian kingdoms. 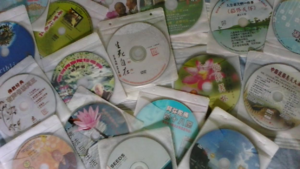 With the advent of religious freedom in modern-day Singapore, most Singaporeans that adhere to the Buddhist doctrine are a participant of at least one Buddhist organisation, while also being actively involved in other beliefs that are presented across the diverse cosmopolitan culture. This coincided with the basic Buddhist teaching that the Shakyamuni Buddha is neither a theist God nor a saviour, at best a concerned[2] teacher.[3][4][5][6] There also remain an active female involvement in Singapore Buddhism,[7][8][9] which include lay female followers as well as monastic bhikkunis.[10][11][12]