Buddhism in the United Kingdom

Buddhism in the United Kingdom has a small but growing number of supporters which, according to a Buddhist organisation, is mainly the result of conversion.[1][2] In the UK census for 2011, there were about 178,000 people who registered their religion as Buddhism, and about 174,000 who cited religions other than Christianity, Buddhism, Hinduism, Judaism, Islam, Jainism and Sikhism.[3][4] This latter figure is likely to include some people who follow the traditional Chinese mixture of religions including Buddhism. 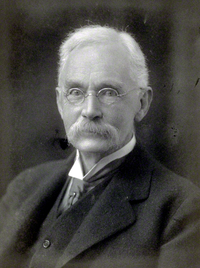 In Britain, the earliest Buddhist influences came from the Theravada traditions of Burma, Thailand, and Sri Lanka. Interest in them among Brits was primarily scholarly to begin with, and a tradition of study grew up that eventually resulted in the foundation of the Pali Text Society, which undertook the huge task of translating the Pali Canon of Theravada Buddhist texts into English. The start of interest in Buddhism as a path of practice was pioneered by the original Theosophists, Madame Blavatsky and Colonel Olcott, and in 1880 they became the first Westerners to receive the refuges and precepts, the ceremony by which one traditionally becomes a Buddhist. They were also later received into the Hindu religion.

Theosophical and Theravadin influences continued throughout the early twentieth century, though the 1950s saw the development of interest in Zen Buddhism. In 1967, Kagyu Samyé Ling Monastery and Tibetan Centre was founded in Eskdalemuir, Scotland, and is the largest Tibetan Buddhist centre in Western Europe. It has many affiliated centres in major UK cities, including Kagyu Samye Dzong London. The Manjushri Kadampa Buddhist Centre[9] in Conishead Priory, located just outside Barrow-in-Furness, Cumbria, is a large New Kadampa Tradition Tibetan Buddhist centre. The priory, established by Geshe Kelsang Gyatso in 1975, claims to be 'the mother centre from which around 1100 Kadampa Buddhist centres have been set up worldwide'.[10]

Jamyang Buddhist Centre (JBC) in London is affiliated to the Foundation for the Preservation of the Mahayana Tradition, an international network of Gelugpa Tibetan Buddhist centres. There is also a branch centre in Leeds and affiliated groups around across England. The resident teacher is Geshe Tashi Tsering.[11]

Buddhist organisations in the UK from the Tibetan tradition that have been founded by Western lamas include Dechen, Diamond Way Buddhism and Aro gTér. Dechen is an association of Buddhist centres of the Sakya and Karma Kagyu traditions, founded by Lama Jampa Thaye and under the spiritual authority of Karma Thinley Rinpoche. Diamond Way Buddhism is a network of lay Buddhist centres in the Karma Kagyu tradition, founded by Lama Ole Nydahl and under the spiritual authority of the 17th Karmapa Trinley Thaye Dorje. The main Western lamas associated with Aro gTér, a Nyingma lineage, are Ngak’chang Rinpoche (formerly Ngakpa Chögyam) and Khandro Déchen.

A Theravada monastery following the Thai Forest Tradition of Ajahn Chah was established at Chithurst Buddhist Monastery in Sussex, and has established branches elsewhere in the country. A lay meditation tradition of Thai origin is represented by the Samatha Trust[1], with its headquarters cum retreat centre in Wales. Sōtō Zen has a priory at Throssel Hole Buddhist Abbey in Northumberland. The Community of Interbeing, part of the Order of Interbeing, founded by Vietnamese Zen Buddhist Thich Nhat Hanh (who currently resides in Plum Village, France), had about 90 sanghas meeting across the UK as of 2012.[12] The Order of Interbeing (Tiep Hien) was founded within the Linji School of Dhyana Buddhism (Zen (Rinzai)).

As well as the Triratna Buddhist Community, there are other Buddhism-based new religious movements, such as the New Kadampa Tradition and Soka Gakkai International. More recently, there has been the emergence of Secular Buddhism UK, which has developed from the writings of Stephen Batchelor.[13] Two Buddhist umbrella organisations in the UK are The Buddhist Society, established in 1924 with an office in London, and The Network of Buddhist Organisations, established in 1993.