From Infogalactic: the planetary knowledge core
Jump to: navigation, search
For other uses, see Campus (disambiguation). 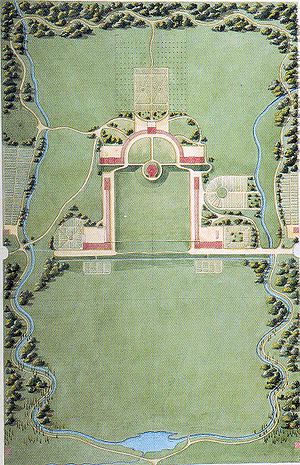 A campus is traditionally the land on which a college or university and related institutional buildings are situated. A modern campus is a collection of buildings that belong to a given institution, either academic or non-academic. Usually a campus includes libraries, lecture halls, residence halls, student centers or dining halls, and park-like settings.

The word derives from a Latin word for "field" and was first used to describe the grounds of the College of New Jersey (now Princeton University) in 1774.[2] Some other American colleges later adopted the word to describe individual fields at their own institutions, but "campus" did not yet describe the whole university property. A school might have one space called a campus, one called a field, and another called a yard.

The tradition of a campus began with the medieval European universities where the students and teachers lived and worked together in a cloistered environment.[3] The notion of the importance of the setting to academic life later migrated to America, and early colonial educational institutions were based on the Scottish and English collegiate system.[3]

The meaning expanded to include the whole institutional property during the 20th century, with the old meaning persisting into the 1950s in some places.

Sometimes the lands on which company office buildings sit, along with the buildings, are called campuses. The Microsoft Campus in Redmond, Washington is a good example, so is Qualcomm in San Diego. Hospitals, and even airports sometimes use the term to describe the territory of their facilities.

The word "campus" has also been applied to European universities, although most such institutions are characterized by ownership of individual buildings in urban settings rather than park-like lawns in which buildings are placed.[citation needed]