The Cassette Scandal (Ukrainian: Касетний скандал), also known as Tapegate or Kuchmagate, erupting in 2000, so named due to tape recordings of Ukrainian President Leonid Kuchma apparently ordering the kidnap of a journalist, was one of the main political events in Ukraine's post-independence history. It has dramatically affected the country's domestic and foreign policy, changing Ukraine's orientation at the time from Russia to the West and damaging Kuchma's career.

The scandal started on 28 November 2000, in Kiev, when Ukrainian politician Oleksandr Moroz publicly accused President Kuchma of involvement in the abduction of journalist Georgiy Gongadze and numerous other crimes. Moroz named Kuchma's former bodyguard, Major Mykola Melnychenko, as the source. He also played selected recordings of the President's secret conversations for journalists, supposedly confirming Kuchma's order to kidnap Gongadze. That and hundreds of other conversations were later published worldwide by Melnychenko.

Journalists nicknamed the case after the compact audio cassette used by Moroz. Melnychenko himself was supposedly using digital equipment, not cassettes, for recording in the President's office. 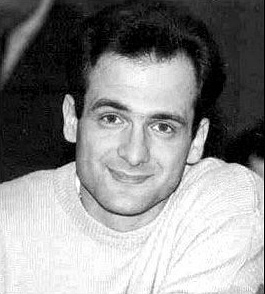 Georgiy Gongadze, journalist, founder of a popular Internet newspaper Ukrayinska Pravda, who was kidnapped and murdered in 2000.

The described events provoked a crisis, with mass protests in Kiev from 15 December 2000 to 9 March 2001. Opposition started a campaign of non-violent resistance called UBK ("Ukraine without Kuchma!"), demanding Kuchma's resignation. Despite economic growth in the country, President Kuchma's public approval ratings fell below 9%.

In 2002, the governments of United States and other countries became more deeply involved after one of the recordings revealed the alleged transfer of a sophisticated Ukrainian defence system "Kol'chuha" to Saddam Hussein's Iraq. As a result, Leonid Kuchma was boycotted by Western governments for a time. In particular, he experienced an offensive diplomatic démarche when visiting the North Atlantic Treaty Organization summit that took place on 21–22 November 2002 in Prague. Breaking the decades-lasting tradition, the list of participating countries was announced in French, not English. As a result Turkey was named after Ukraine, instead of the United Kingdom and United States, thereby avoiding the appearance of Kuchma next to Tony Blair and George W. Bush.

Moreover, widely publicized conversations depicted Kuchma as a rude and spiteful person, using filthy lexics and speaking a freak mixture of Russian and Ukrainian languages. Advocates argue that excessive foul language is the proof of a deliberate montage of the recordings using extrinsic audio samples.

Influenced by all above-mentioned, the President soon became disillusioned with European integration and started to loosen Ukraine's relations with the United States and European Union, critical to his regime. Instead, he boosted integration with Russia, considering the fact that its new leader, Vladimir Putin, was continuously supporting Kuchma and refusing to recognize the allegations.

In September 2003, Ukrainian troops joined U.S.-led stabilization forces in Iraq, which is widely perceived as Kuchma's effort to improve relations with the West. Since then, high-level relations were partially restored.

Commenting on the scandal and Mel'nychenko's actions in particular, Leonid Kuchma persistently claims they were a result of foreign interference, but never accuses any specific country. However, some of his statements on the issue may be interpreted as cautious hints on the role of either United States or Russia. According to him his voice was indeed one of those on the tapes, but he claimed that they had been selectively edited to distort his meaning.[1]

Many figures of the scandal remained influential in Ukrainian politics. The case was directly connected with the political career of Viktor Yushchenko, Ukraine's Prime Minister at the time and also Ukraine's former President. Oleksander Moroz concluded an alliance with Yushchenko, resulting in the reformation of Ukraine's constitution (in favor of the parliament). Hundreds of politicians and activists taking part in the 2001 protests led the 2004 Orange Revolution. Yushchenko led the revolution after the presidential election, and became President on 23 January 2005.

Mykola Mel'nychenko (who received U.S. political asylum) released new portions of his recordings. Some analysts[who?] find his behavior partisan and suspicious. In 2004, Volodymyr Tsvil', a Ukrainian businessman who assisted Mel'nychenko in his escape, publicly accused him of not revealing certain details of the case and trying to sell the audio archive to Kuchma's aides. Mel'nychenko visited Ukraine in 2005 to release new allegation details, but hasn't disclosed any details of his possible eavesdropping operation.

The criminal investigation regarding the circumstances of Mel'nychenko's records and Georgiy Gongadze's death remains inconclusive despite a mass of information revealed by numerous journalistic investigations.

Mel'nychenko's recordings were declared evidence when former President Kuchma was charged with abuse of office and giving illegal orders to Interior Ministry officials; a criminal case into the murder of Gongadze was opened against Kuchma on March 21, 2011.[2] A Ukrainian district court ordered prosecutors to drop criminal charges against Kuchma on 14 December 2011 on grounds that evidence linking him to the murder of Gongadze was insufficient.[3] The court rejected Mel'nychenko's recordings as evidence.[4]