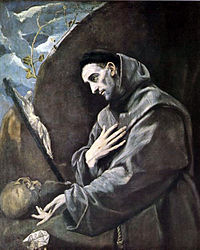 Saint Francis of Assisi, founder of the mendicant Order of Friars Minor, as painted by El Greco.

In the past, what distinguished religious orders from other institutes was the classification of the vows that the members took in religious profession as solemn vows. According to this criterion, the last religious order founded was that of the Bethlehem Brothers in 1673.[1] Nevertheless, in the course of the 20th century some religious institutes outside the category of orders obtained permission to make solemn vows, at least of poverty, thus blurring the distinction.

Solemn vows were originally considered indissoluble. As noted below, dispensations began to be granted in later times, but originally not even the Pope could dispense from them.[2] If for a just cause a religious order was expelled, the vow of chastity remained unchanged and so rendered invalid any attempt at marriage, the vow of obedience obliged in relation, generally, to the bishop rather than to the religious superior, and the vow of poverty was modified to meet the new situation but the expelled religious "could not, for example, will any goods to another; and goods which came to him reverted at his death to his institute or to the Holy See".[3]

The 1917 Code of Canon Law reserved the name "religious order" for institutes in which the vows were solemn, and used the term "religious congregation" or simply "congregation" for institutes with simple vows. The members of a religious order for men were called "regulars", those belonging to a religious congregation were simply "religious", a term that applied also to regulars. For women, those with simple vows were called "sisters", with the term "nun" reserved in canon law for those who belonged to an institute of solemn vows, even if in some localities they were allowed to take simple vows instead.[4] 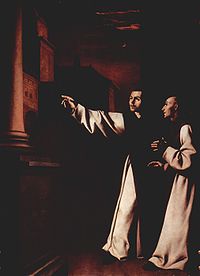 However, it abolished the distinction according to which solemn vows, unlike simple vows, were indissoluble. It recognized no totally indispensable religious vows and thereby abrogated for the Latin Church the special consecration that distinguished "orders" from "congregations", while keeping some juridical distinctions.[3]

In practice, even before 1917 dispensations from solemn religious vows were being obtained by grant of the Pope himself, while departments of the Holy See and superiors specially delegated by it could dispense from simple religious vows.[5]

The 1917 Code maintained a juridical distinction by declaring invalid any marriage attempted by solemnly professed religious or by those with simple vows to which the Holy See had attached the effect of invalidating marriage,[6] while stating that no simple vow rendered a marriage invalid, except in the cases in which the Holy See directed otherwise.[7] Thus members of "orders" were barred absolutely from marriage, and any marriage they attempted was invalid. Those who made simple vows were obliged not to marry, but if they did break their vow, the marriage was considered valid.

Another difference was that a professed religious of solemn vows lost the right to own property and the capacity to acquire temporal goods for himself or herself, but a professed religious of simple vows, while being prohibited by the vow of poverty from using and administering property, kept ownership and the right to acquire more, unless the constitutions of the religious institute explicitly stated the contrary.[8]

After publication of the 1917 Code, many institutes with simple vows appealed to the Holy See for permission to make solemn vows. The Apostolic Constitution Sponsa Christi of 21 November 1950 made access to that permission easier for nuns (in the strict sense), though not for religious institutes dedicated to apostolic activity. Many of these latter institutes of women then petitioned for the solemn vow of poverty alone. Towards the end of the Second Vatican Council, superiors general of clerical institutes and abbots president of monastic congregations were authorized to permit, for a just cause, their subjects of simple vows who made a reasonable request to renounce their property except for what would be required for their sustenance if they were to depart.[9] These changes resulted in a further blurring of the previously clear distinction between "orders" and "congregations", since institutes that were founded as "congregations" began to have some members who had all three solemn vows or had members that took a solemn vow of poverty and simple vows of chastity and obedience.

Thus the Church no longer draws the historical distinction between religious "orders" and "congregations". It applies to all such institutes the single name "religious institute" and the same rules of canon law.[13] While solemn vows once meant those taken in what was called a religious order, "today, in order to know when a vow is solemn it will be necessary to refer to the proper law of the institutes of consecrated life."[14] 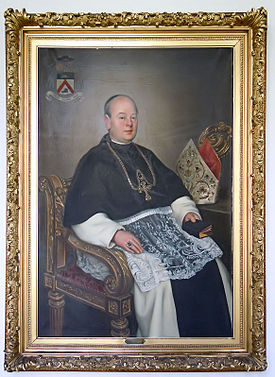 A religious order is characterized by an authority structure where a superior general has jurisdiction over the order's dependent communities. An exception is the Order of St Benedict which is not a religious order in this technical sense, because it has a system of "independent houses", meaning that each abbey is autonomous. However, the Constitutions governing the order's global "independent houses" and its distinct "congregations" (of which there are twenty) were approved by the pope. Likewise, according to rank and authority, the abbot primate's "position with regard to the other abbots [throughout the world] is to be understood rather from the analogy of a primate in a hierarchy than from that of the general of an order like the Dominicans and Jesuits." [16]

List of institutes of consecrated life in the Annuario Pontificio

The Annuario Pontificio lists for both men and women the institutes of consecrated life and the like that are "of pontifical right" (those that the Holy See has erected or approved by formal decree).[17] For the men, it gives what it now calls the Historical-Juridical List of Precedence.[18] The arrangement in this list dates back many decades. It is found, for instance, in the 1964 edition of the Annuario Pontificio, pp. 807–870, where the heading is "States of Perfection (of pontifical right for men)". In the 1969 edition the heading has become "Religious and Secular Institutes of Pontifical Right for Men", a form it kept until 1975 inclusive. Since 1976, when work was already advanced on revising the Code of Canon Law, the list has been qualified as "historical-juridical" and still includes as "orders" the following institutes for men of the Latin Church, while not distinguishing between "orders" and "congregations" in the case of the Eastern Catholic Churches and Latin Church women.

Within that long list, a relatively small section is devoted to Latin-Rite "orders" for men: