From Infogalactic: the planetary knowledge core
Jump to: navigation, search
For other uses, see Ceremony (disambiguation). 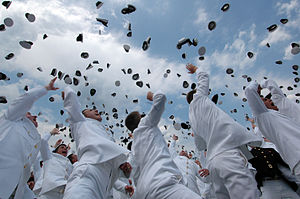 Newly commissioned officers celebrate their new positions by throwing their midshipmen covers into the air as part of the U.S. Naval Academy class of 2005 graduation and commissioning ceremony. 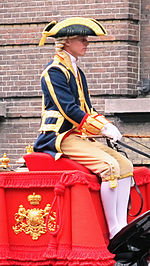 Ceremonial at court during Prinsjesdag 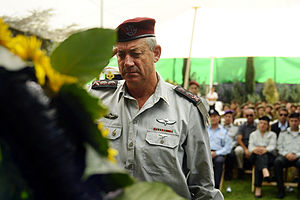 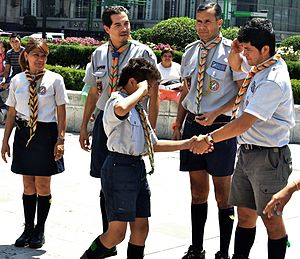 A ceremony is an event of ritual significance, performed on a special occasion. The word may be of Etruscan origin, via the Latin caerimonia.[1]

A ceremony may mark a rite of passage in a human life, marking the significance of, for example:

Other, society-wide ceremonies may mark annual or seasonal or recurrent events such as:

Other ceremonies underscore the importance of non-regular special occasions, such as:

In some Asian cultures, ceremonies also play an important social role, for example the tea ceremony.

Ceremonies may have a physical display or theatrical component: dance, a procession, the laying on of hands. A declaratory verbal pronouncement may explain or cap the occasion, for instance:

Both physical and verbal components of a ceremony may become part of a liturgy.