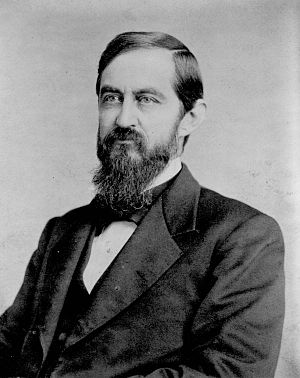 Born in Athens, Georgia, Cooper moved with his parents to Florida in 1864. He pursued academic studies at Gainesville Academy. He studied law. He was admitted to the bar in 1877 and commenced practice in St. Augustine, Florida. He served as member of the State house of representatives in 1880. He served in the State senate in 1884, and as the Florida Attorney General from 1885-1889. He was appointed in 1889 one of the three commissioners to revise the statutes of the State.

Cooper was elected as a Democrat to the Fifty-third and Fifty-fourth Congresses (March 4, 1893 – March 3, 1897). He was not a candidate for renomination. He resumed the practice of law in Jacksonville, Florida, until his death there November 14, 1923. He was interred in St. Mary's Cemetery.