Agree moved to Detroit in 1909, at the age of 12. He began his firm in 1917, after he graduated from the Detroit Y.M.C.A. Technical School.[1] His first major commission came in 1921 to build the Whittier Hotel near the bank of the Detroit River. He later went on to design many office buildings, theaters, and ballrooms. Agree was one of the Detroit architects of the 1920s and 1930s who utilized the services of architectural sculptor Corrado Parducci.

As the architecture changed by the 1960s, so did Agree's commissions. He began designing many modern-style malls. In addition to the office in the Book Tower, Agree's firm later opened an office on McNichols Road in Detroit and then a suburban office in Bloomfield Hills.

Several Agree designed buildings have been plundered by architectural scavengers. These include the Vanity Ballroom, where several Mayan-Deco panels were torn off, and the Grande Ballroom, which brought rock band MC5 into fame, which has sat empty since closing in 1972. 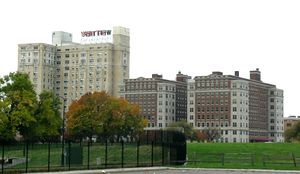 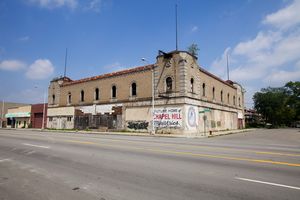 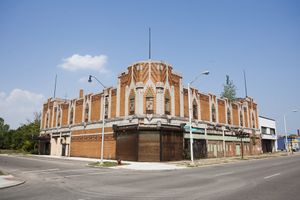 All buildings are located in Detroit, unless otherwise indicated.