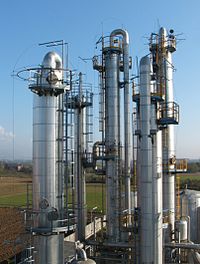 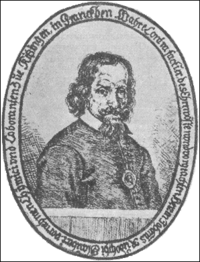 The president of the Institution of Chemical Engineers said in his presidential address "I believe most of us would be willing to regard Edward Charles Howard (1774–1816) as the first chemical engineer of any eminence".[2] Others have suggested Johann Rudolf Glauber (1604–1670) for his development of processes for the manufacture of the major industrial acids.[3]

The term appeared in print in 1839, though from the context it suggests a person with mechanical engineering knowledge working in the chemical industry.[4] In 1880, George E. Davis wrote in a letter to Chemical News "A Chemical Engineer is a person who possesses chemical and mechanical knowledge, and who applies that knowledge to the utilisation, on a manufacturing scale, of chemical action." He proposed the name Society of Chemical Engineers, for what was in fact constituted as the Society of Chemical Industry. At the first General Meeting of the Society in 1882, some 15 of the 300 members described themselves as chemical engineers, but the Society's formation of a Chemical Engineering Group in 1918 attracted about 400 members.[5]

In 1924 the Institution of Chemical Engineers adopted the following definition: "A chemical engineer is a professional man experienced in the design, construction and operation of plant and works in which matter undergoes a change of state and composition."[7]

As can be seen from the later definition, the occupation is not limited to the chemical industry, but more generally the process industries, or other situations in which complex physical and/or chemical processes are to be managed. 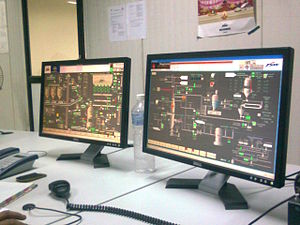 Historically, the chemical engineer has been primarily concerned with process engineering, which can generally be divided into two complementary areas: chemical reaction engineering and separation processes. The modern discipline of chemical engineering, however, encompasses much more than just process engineering. Chemical engineers are now engaged in the development and production of a diverse range of products, as well as in commodity and specialty chemicals. These products include high-performance materials needed for aerospace, automotive, biomedical, electronic, environmental and military applications. Examples include ultra-strong fibers, fabrics, adhesives and composites for vehicles, bio-compatible materials for implants and prosthetics, gels for medical applications, pharmaceuticals, and films with special dielectric, optical or spectroscopic properties for opto-electronic devices. Additionally, chemical engineering is often intertwined with biology and biomedical engineering. Many chemical engineers work on biological projects such as understanding biopolymers (proteins) and mapping the human genome.

In the US, the Department of Labor estimated in 2008 the number of chemical engineers to be 31,000. According to a 2011 salary survey by the American Institute of Chemical Engineers (AIChE), the median annual salary for a chemical engineer was approximately $110,000.[8] In one salary survey, chemical engineering was found to be highest-paying degree for first employment of college graduates.[9]Chemical engineering has been successively ranked in the Top 2 places in the Most Lucrative Degrees Survey by CNN Money in the United States of America.[10][11][12] In the UK, the Institution of Chemical Engineers 2006 Salary Survey reported an average salary of approximately £53,000, with a starting salary for a graduate averaging £24,000.[13] Chemical engineering is a male-dominated field: as of 2009, only 17.1% of professional chemical engineers are women.[14] However, that trend is expected to shift as the number of female students in the field continues to increase.[15]