From Infogalactic: the planetary knowledge core
(Redirected from Chemical interaction)
Jump to: navigation, search
For other uses, see Interaction (disambiguation). 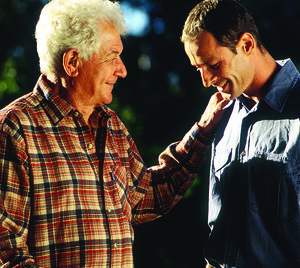 Interaction is a kind of action that occurs as two or more objects have an effect upon one another. The idea of a two-way effect is essential in the concept of interaction, as opposed to a one-way causal effect. A closely related term is interconnectivity, which deals with the interactions of interactions within systems: combinations of many simple interactions can lead to surprising emergent phenomena. Interaction has different tailored meanings in various sciences.[citation needed] Changes can also involve interaction.

Interactions between atoms and molecules:

In molecular biology, the knowledge on gene/protein interaction among themselves and with their metabolites is referred to as molecular pathways.

In medicine, most medications can be safely used with other medicines, but particular combinations of medicines need to be monitored for interactions, often by the pharmacist. Interactions between medications (drug interactions) fall generally into one of two main categories:

In terms of efficacy, there can be three types of interactions between medications: additive, synergistic, and antagonistic.

Geneticists work with a number of different genetic interaction modes to characterize how the combination of two mutations affect (or does not affect) the phenotype:[1] noninteractive, synthetic, asynthetic, suppressive, epistatic, conditional, additive, single-nonmonotonic and double-nonmonotonic. Further characterizations is enhancement interaction and nonadditive interaction. Biosemioticists investigate sign-mediated interactions within and between organisms that underlie syntactic, pragmatic and semantic rules.

The word epistasis is also used for genetic interaction in some contexts.

In statistics, an interaction is a term in a statistical model in which the effect of two, or more, variables is not simply additive.

An example from statistics applied to health science

In media, interactivity is a feature of the media in question and as digital technology becomes more accessible to the masses interest in interactivity is increasing and becoming a cultural trend especially in the arts.