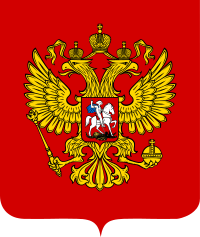 In Russian language, there is a distinction between citizens of Russia, referred to as Rossiyane (plural, Russian: россияне; masc. singular россиянин Rossiyanin and fem. singular россиянка Rossiyanka), and ethnic Russians, referred to as Russkie (русские). The word Rossiyane is used much more often than Russkie – in media, official documents and scientific papers. Those who have received Russian citizenship via naturalisation are also called Rossiyane, regardless of ethnicity and mother tongue (for example, Gérard Depardieu or Viktor Ahn). The word Rossiyane was coined by Mikhail Lomonosov in the 18th century.

The Constitution of Russia uses the expression "We, the multinational people of the Russian Federation".[2] Russian citizens can declare any ethnicity on a voluntary basis (real ethnicity as well as not real, including "Jedi", or "hobbits" according to the 2002 Russian Census official statistics. The Constitution of Russia states that "Everyone shall have the right to determine and declare his (her) nationality. Nobody shall be forced to determine and declare his (her) nationality". The Russian word "nationality" means "ethnicity" in English language and doesn't refer to a citizenship. According to the 2010 Russian Census, Russia has 194 real ethnic groups.

The Tsardom of Russia became a multinational state in the 16th century. The word Rossiane, coined by Lomonosov, has been widely used since then. After the fall of the Russian Empire, the expression "Soviet people" was used for the population of the Soviet Union, regardless of ethnicity. After the dissolution of the USSR, the word Rossiyane became widely used again.

Until 1990, the Russian Soviet Federated Socialist Republic (RSFSR) was a subject of the Soviet federation. In 1990, state sovereignty of the RSFSR was declared, though the USSR was not abolished until the end of 1991. Article 11 of the declaration of state sovereignty introduced RSFSR citizenship. The text of the citizenship act was ready in the summer of 1991, but was not adopted by the Supreme Council (the legislative body of the RSFSR) until November 28, 1991. On January 23, 1992 some changes with respect to the dissolution of the USSR were applied to the text; the result was signed by the President and finally came into force after publication on February 6, 1992.

Former Soviet citizens who were born on December 30, 1922 or later on Russian territory or to a Soviet citizen who was a permanent resident of the RSFSR at the birth of his or her were recognized as if they had been RSFSR citizens by birth (see Case of Smirnov).

Russian citizenship could be acquired: 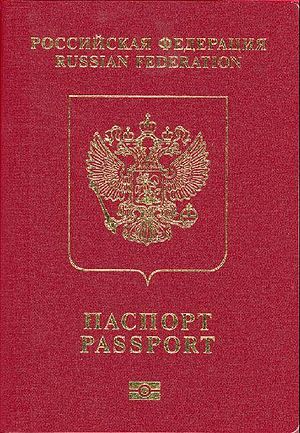 Russian passports are a very visible feature of Russian citizenship

In 1999, in spite of the veto of the President, the Federal Assembly adopted the Act on the state policy on compatriots abroad.[3] Article 11 stated that all former Soviet citizens and their descendants should be recognized as Russian citizens unless they had declared their intentions to be citizens of foreign states. However, this article was revoked in 2002 and persons under this article are not generally recognized by executive or court authorities of Russia as citizens of the Russian Federation unless they received documents of Russian citizenship before the article's revocation. No official comments have been given as to how this article should be interpreted. Oleg Kutafin, the chairman of the Presidential Committee on citizenship, criticized this Act in his book Russian Citizenship (ISBN 5-7975-0624-6), but the legal consequences of this Act were not analyzed there.

Russian citizenship could be acquired:

The rules of citizenship by birth generally follow the principle of jus sanguinis, though a child can be recognized as a Russian citizen in several special cases:

Naturalization is usually granted if the applicant meets the following requirements:

In certain cases, some or even all of the above requirements can be waived by an Executive Order of the Russian President,[6] as happened on 3 January 2013, when Russian President Vladimir Putin signed an Executive Order granting Russian citizenship to French-born actor Gérard Depardieu, citing authority granted under Article 89(a) of the Constitution of the Russian Federation.[6][7]

Restoration of citizenship is granted under the same rules as naturalization; the only exception is the residence term requirement (three years in this case). Although not in compliance with law, executive agencies (such as the federal migration service and Russian diplomatic and consular departments abroad) usually do not grant Russian citizenship to former Russian citizens if they do not satisfy citizenship restoration requirements, even if they satisfy requirements for facilitated naturalization.

A special provision of law made it possible for former citizens of the USSR to apply for Russian citizenship before 2009. The only requirements were holding a temporary residence permit or a permanent residence permit, or being registered as a permanent resident of Russia as of July 1, 2002 and meeting the naturalization requirements of p. 2 and p. 4.

Visa requirements for Russian citizens are administrative entry restrictions by the authorities of other countries placed on citizens of Russia. In 2014, Russian citizens had visa-free or visa-on-arrival access to 100 countries and territories, ranking the Russian passport 38th in the world according to the Visa Restrictions Index.

Smirnov was born on RSFSR territory in 1950. In 1979, he married and moved his permanent residence to the Lithuanian SSR. He divorced in 1992 and returned to the RSFSR on December 8, 1992. He then applied for a notice of Russian citizenship in his passport, but this was rejected by executive officers. His claim was also rejected by common jurisdiction courts, including the Supreme Court of the Russian Federation.

However, the Constitutional Court ruled that Article 18 of the Citizenship Act was not in conformance with the Constitution, as the registration procedure of Article 18 could be applied to Russian citizens by birth; that is, those persons who:

There is an opinion that this ruling determines that every former citizen of the USSR who was born in the territory of the RSFSR and never renounced Russian citizenship is a Russian citizen by birth, even if he also has foreign citizenship. This opinion is based on the Court's interpretation of Article 6 of the Constitution given in the text of the decision: "such persons... cannot lose Russian citizenship unless they explicitly expressed their will to give it up". A notable advocate of this position is Anatoly Mostovoy, who published the book Get Your Citizenship Back! (ISBN 5-93165-077-6).

Criticism of the decision

The interpretation of Article 13 of the Act given by the Constitutional Court does not conform to Article 12 of the Act, which states that citizenship before this Act came in force is determined by previous legislation. It is also not clear what legal consequences might be implied by declaring millions of people as Russian citizens for tens of years before the Act came in force, and even before the sovereignty of the RSFSR was declared.

Nothing in the Act states that "citizenship by birth in the past" confers Russian citizenship on the moment that the Act came into force. The Constitutional Court stated that "due to Article 6 of the Constitution of the Russian Federation, they remain Russian citizens until they relinquish it of their own will" (p. 3 of the reasoning). However, the Constitution came into force in December 1993, and it evidently has no retroactive effect. Deprivation of citizenship in the USSR was legal and happened from time to time. No provisions of law restricted constructions like "a citizen only on his/her moment of birth".

3) there were no constitutional issues in this case

Until 2001-2002, former Soviet citizens could register their permanent residence on the territory of Russia in the same way as Russian citizens.

Fatullaeva had been living in Russia up to this date but had never registered permanent residence.

She challenged the requirement of permanent residence registration at the Constitutional Court. The Court rejected her claim for the following reasons:

Citizens of the respective states that come to Russia for permanent residence have the right to obtain Russian citizenship if they:

Until the end of 2003, those treaties were ignored by Russian executive authorities.[11] Presidential Decree N 1545[12] provided some means for implementation of the treaties. However, the decree requires that the applicant provide evidence that the state of his citizenship allows him to reside in Russia (such as a special stamp in a passport or an exit document). This does not conform to the treaties and makes obtaining citizenship significantly more difficult or even impossible in some cases. The Supreme Court of the Russian Federation stated in its decision[13] that one must prove, in accordance with the treaties, that he came to Russia for permanent and not temporary residence. This can be proved in accordance with Russian law. In accordance with the Act on the Status of Foreign Citizens in the Russian Federation, obtaining temporary or permanent residence permission in Russia does not require any permission from foreign states, so technically every person who lawfully resides in Russia is able to apply for a temporary residence permit and then for a permanent residence permit. Although the interpretation of the Federal Act given by the Supreme Court is incompatible with the Presidential Decree, the article was not declared void.

The Treaty of Friendship, Cooperation, and Mutual Security between the Russian Federation and the Republic of Armenia,[14] signed December 29, 1991, grants the right to acquire citizenship of both Russia and Armenia to the citizens of Russia and Armenia.

As the Russian Federation is the successor state to the Soviet Union, some Soviet treaties on dual citizenship are still in force. For this reason, the Convention on the Nationality of Married Women is in force.

The European Convention on Nationality has been signed but not ratified by the Russian Federation. It is binding to the extent of the provisions of the Vienna Convention on International Treaties. Domestic citizenship legislation is usually considered to conform to the convention.