Comparative law is the study of differences and similarities between the law of different countries. More specifically, it involves study of the different legal systems in existence in the world, including the common law, the civil law, socialist law, Jewish Law, Islamic law, Hindu law, and Chinese law. It includes the description and analysis of foreign legal systems, even where no explicit comparison is undertaken. The importance of comparative law has increased enormously in the present age of internationalism, economic globalization and democratization.

The origins of modern comparative law can be traced back to 18th century Europe, although, prior to that, legal scholars had always practiced comparative methodologies.[1]

Montesquieu is generally regarded as an early founding figure of comparative law. His comparative approach is obvious in the following excerpt from Chapter III of Book I of his masterpiece, De l'esprit des lois (1748; first translated by Thomas Nugent, 1750):[2]

[T]he political and civil laws of each nation ... should be adapted in such a manner to the people for whom they are framed that it should be a great chance if those of one nation suit another.

They should be in relation to the nature and principle of each government: whether they form it, as may be said of politic laws; or whether they support it, as in the case of civil institutions.

They should be in relation to the climate of each country, to the quality of its soil, to its situation and extent, to the principal occupation of the natives, whether husbandmen, huntsmen, or shepherds: they should have relation to the degree of liberty which the constitution will bear; to the religion of the inhabitants, to their inclinations, riches, numbers, commerce, manners, and customs.

Also, in Chapter XI (entitled 'How to compare two different Systems of Laws') of Book XXIX, discussing the French and English systems for punishment of false witnesses, he advises that "to determine which of those systems is most agreeable to reason, we must take them each as a whole and compare them in their entirety." Yet another place where Montesquieu's comparative approach is evident is the following, from Chapter XIII of Book XXIX: 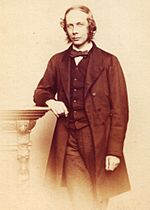 As the civil laws depend on the political institutions, because they are made for the same society, whenever there is a design of adopting the civil law of another nation, it would be proper to examine beforehand whether they have both the same institutions and the same political law.

The modern founding figure of comparative and anthropological jurisprudence was Sir Henry Maine, a British jurist and legal historian.[3] In his 1861 work Ancient Law: Its Connection with the Early History of Society, and Its Relation to Modern Ideas, he set out his views on the development of legal institutions in primitive societies and engaged in a comparative discussion of Eastern and Western legal traditions. This work placed comparative law in its historical context and was widely read and influential.

The first university course on the subject was established at the University of Oxford in 1869, with Maine taking up the position of professor.[4]

Comparative law in the US was brought by a legal scholar fleeing persecution in Germany, Rudolf Schlesinger. Schlesinger eventually became professor of comparative law at Cornell Law School helping to spread the discipline throughout the US.

Comparative law is an academic study of separate legal systems, each one analysed in its constitutive elements; how they differ in the different legal systems,[5] and how their elements combine into a system.

Relationship with other legal subjects

Also, the usefulness of comparative law for sociology of law and law and economics (and vice versa) is very large. The comparative study of the various legal systems may show how different legal regulations for the same problem function in practice. Conversely, sociology of law and law & economics may help comparative law answer questions, such as: How do regulations in different legal systems really function in the respective societies? Are certain legal rules comparable? How do the similarities and differences between legal systems get explained?

Arminjon, Nolde, and Wolff[6] believed that, for purposes of classifying the (then) contemporary legal systems of the world, it was required that those systems per se get studied, irrespective of external factors, such as geographical ones. They proposed the classification of legal system into seven groups, or so-called 'families', in particular the

René David[7] proposed the classification of legal systems, according to the different ideology inspiring each one, into five groups or families:

Especially with respect to the aggregating by David of the Romano-Germanic and Anglo-Saxon Laws into a single family, David argued that the antithesis between the Anglo-Saxon Laws and Romano-German Laws, is of a technical rather than of an ideological nature. Of a different kind is, for instance, the antithesis between (say) the Italian and the American Law, and of a different kind that between the Soviet, Muslim, Hindu, or Chinese Law. According to David, the Romano-Germanic legal systems included those countries where legal science was formulated according to Roman Law, whereas common law countries are those where law was created from the judges. The characteristics that he believed uniquely differentiate the Western legal family from the other four are

Konrad Zweigert and Hein Kötz propose a different, multidimensional methodology for categorizing laws, i.e. for ordering families of laws. They maintain that, to determine such families, five criteria should be taken into account, in particular: the historical background, the characteristic way of thought, the different institutions, the recognized sources of law, and the dominant ideology. Using the aforementioned criteria, they classify the legal systems of the world into six families:[8]

Up to the second German edition of their introduction to comparative law, Zweigert and Kötz also used to mention Soviet or socialist law as another family of laws.[9]