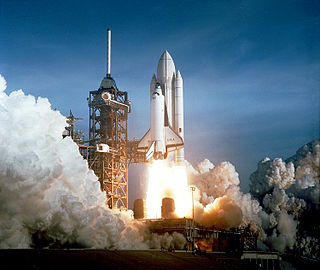 Control engineering or control systems engineering is the engineering discipline that applies control theory to design systems with desired behaviors. The practice uses sensors to measure the output performance of the device being controlled and those measurements can be used to give feedback to the input actuators that can make corrections toward desired performance. When a device is designed to perform without the need of human inputs for correction it is called automatic control (such as cruise control for regulating the speed of a car). Multi-disciplinary in nature, control systems engineering activities focus on implementation of control systems mainly derived by mathematical modeling of systems of a diverse range.

Modern day control engineering is a relatively new field of study that gained significant attention during the 20th century with the advancement of technology. It can be broadly defined or classified as practical application of control theory. Control engineering has an essential role in a wide range of control systems, from simple household washing machines to high-performance F-16 fighter aircraft. It seeks to understand physical systems, using mathematical modeling, in terms of inputs, outputs and various components with different behaviors, use control systems design tools to develop controllers for those systems and implement controllers in physical systems employing available technology. A system can be mechanical, electrical, fluid, chemical, financial and even biological, and the mathematical modeling, analysis and controller design uses control theory in one or many of the time, frequency and complex-s domains, depending on the nature of the design problem.

Automatic control systems were first developed over two thousand years ago. The first feedback control device on record is thought to be the ancient Ktesibios's water clock in Alexandria, Egypt around the third century B.C. It kept time by regulating the water level in a vessel and, therefore, the water flow from that vessel. This certainly was a successful device as water clocks of similar design were still being made in Baghdad when the Mongols captured the city in 1258 A.D. A variety of automatic devices have been used over the centuries to accomplish useful tasks or simply to just entertain. The latter includes the automata, popular in Europe in the 17th and 18th centuries, featuring dancing figures that would repeat the same task over and over again; these automata are examples of open-loop control. Milestones among feedback, or "closed-loop" automatic control devices, include the temperature regulator of a furnace attributed to Drebbel, circa 1620, and the centrifugal flyball governor used for regulating the speed of steam engines by James Watt in 1788.

In his 1868 paper "On Governors", James Clerk Maxwell was able to explain instabilities exhibited by the flyball governor using differential equations to describe the control system. This demonstrated the importance and usefulness of mathematical models and methods in understanding complex phenomena, and signaled the beginning of mathematical control and systems theory. Elements of control theory had appeared earlier but not as dramatically and convincingly as in Maxwell's analysis.

Control theory made significant strides in the next 100 years. New mathematical techniques made it possible to control, more accurately, significantly more complex dynamical systems than the original flyball governor. These techniques include developments in optimal control in the 1950s and 1960s, followed by progress in stochastic, robust, adaptive and optimal control methods in the 1970s and 1980s. Applications of control methodology have helped make possible space travel and communication satellites, safer and more efficient aircraft, cleaner auto engines, cleaner and more efficient chemical processes.

Before it emerged as a unique discipline, control engineering was practiced as a part of mechanical engineering and control theory was studied as a part of electrical engineering since electrical circuits can often be easily described using control theory techniques. In the very first control relationships, a current output was represented with a voltage control input. However, not having proper technology to implement electrical control systems, designers left with the option of less efficient and slow responding mechanical systems. A very effective mechanical controller that is still widely used in some hydro plants is the governor. Later on, previous to modern power electronics, process control systems for industrial applications were devised by mechanical engineers using pneumatic and hydraulic control devices, many of which are still in use today.

There are two major divisions in control theory, namely, classical and modern, which have direct implications over the control engineering applications. The scope of classical control theory is limited to single-input and single-output (SISO) system design, except when analyzing for disturbance rejection using a second input. The system analysis is carried out in the time domain using differential equations, in the complex-s domain with the Laplace transform, or in the frequency domain by transforming from the complex-s domain. Many systems may be assumed to have a second order and single variable system response in the time domain. A controller designed using classical theory often requires on-site tuning due to incorrect design approximations. Yet, due to the easier physical implementation of classical controller designs as compared to systems designed using modern control theory, these controllers are preferred in most industrial applications. The most common controllers designed using classical control theory are PID controllers. A less common implementation may include either or both a Lead or Lag filter. The ultimate end goal is to meet a requirements set typically provided in the time-domain called the Step response, or at times in the frequency domain called the Open-Loop response. The Step response characteristics applied in a specification are typically percent overshoot, settling time, etc. The Open-Loop response characteristics applied in a specification are typically Gain and Phase margin and bandwidth. These characteristics may be evaluated through simulation including a dynamic model of the system under control coupled with the compensation model.

In contrast, modern control theory is carried out in the state space, and can deal with multiple-input and multiple-output (MIMO) systems. This overcomes the limitations of classical control theory in more sophisticated design problems, such as fighter aircraft control, with the limitation that no frequency domain analysis is possible. In modern design, a system is represented to the greatest advantage as a set of decoupled first order differential equations defined using state variables. Nonlinear, multivariable, adaptive and robust control theories come under this division. Matrix methods are significantly limited for MIMO systems where linear independence cannot be assured in the relationship between inputs and outputs. Being fairly new, modern control theory has many areas yet to be explored. Scholars like Rudolf E. Kalman and Aleksandr Lyapunov are well-known among the people who have shaped modern control theory.

Control engineering is the engineering discipline that focuses on the modeling of a diverse range of dynamic systems (e.g. mechanical systems) and the design of controllers that will cause these systems to behave in the desired manner. Although such controllers need not be electrical many are and hence control engineering is often viewed as a subfield of electrical engineering. However, the falling price of microprocessors is making the actual implementation of a control system essentially trivial[citation needed]. As a result, focus is shifting back to the mechanical and process engineering discipline, as intimate knowledge of the physical system being controlled is often desired.

Electrical circuits, digital signal processors and microcontrollers can all be used to implement control systems. Control engineering has a wide range of applications from the flight and propulsion systems of commercial airliners to the cruise control present in many modern automobiles.

In most of the cases, control engineers utilize feedback when designing control systems. This is often accomplished using a PID controller system. For example, in an automobile with cruise control the vehicle's speed is continuously monitored and fed back to the system, which adjusts the motor's torque accordingly. Where there is regular feedback, control theory can be used to determine how the system responds to such feedback. In practically all such systems stability is important and control theory can help ensure stability is achieved.

Control engineering has diversified applications that include science, finance management, and even human behavior. Students of control engineering may start with a linear control system course dealing with the time and complex-s domain, which requires a thorough background in elementary mathematics and Laplace transform, called classical control theory. In linear control, the student does frequency and time domain analysis. Digital control and nonlinear control courses require Z transformation and algebra respectively, and could be said to complete a basic control education.

Originally, control engineering was all about continuous systems. Development of computer control tools posed a requirement of discrete control system engineering because the communications between the computer-based digital controller and the physical system are governed by a computer clock. The equivalent to Laplace transform in the discrete domain is the Z-transform. Today, many of the control systems are computer controlled and they consist of both digital and analog components.

Therefore, at the design stage either digital components are mapped into the continuous domain and the design is carried out in the continuous domain, or analog components are mapped into discrete domain and design is carried out there. The first of these two methods is more commonly encountered in practice because many industrial systems have many continuous systems components, including mechanical, fluid, biological and analog electrical components, with a few digital controllers.

Similarly, the design technique has progressed from paper-and-ruler based manual design to computer-aided design and now to computer-automated design or CAutoD which has been made possible by evolutionary computation. CAutoD can be applied not just to tuning a predefined control scheme, but also to controller structure optimisation, system identification and invention of novel control systems, based purely upon a performance requirement, independent of any specific control scheme.[3][4]