From Infogalactic: the planetary knowledge core
Jump to: navigation, search
For other uses, see Convention. 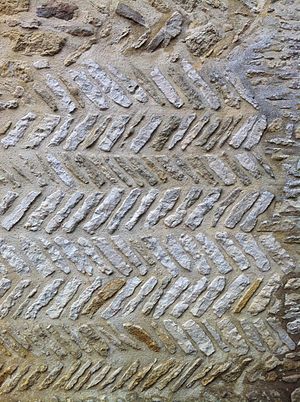 A convention is a set of agreed, stipulated, or generally accepted standards, norms, social norms, or criteria, often taking the form of a custom.

Certain types of rules or customs may become law and regulatory legislation may be introduced to formalize or enforce the convention (for example, laws that define on which side of the road vehicles must be driven). In a social context, a convention may retain the character of an "unwritten law" of custom (for example, the manner in which people greet each other, such as by shaking each other's hands).

In physical sciences, numerical values (such as constants, quantities, or scales of measurement) are called conventional if they do not represent a measured property of nature, but originate in a convention, for example an average of many measurements, agreed between the scientists working with these values.

A convention is a selection from among two or more alternatives, where the rule or alternative is agreed upon among participants. Often the word refers to unwritten customs shared throughout a community. For instance, it is conventional in many societies that strangers being introduced shake hands. Some conventions are explicitly legislated; for example, it is conventional in the United States and in Germany that motorists drive on the right side of the road, whereas in New Zealand, England, Australia, Mauritius, and Barbados motorists drive on the left. The standardization of time is a human convention based on the solar cycle or calendar. The extent to which justice is conventional (as opposed to natural or objective) is historically an important debate among philosophers.

The nature of conventions has raised long-lasting philosophical discussion. Quine, Davidson, and David Lewis published influential writings on the subject. Lewis's account of convention received an extended critique in Margaret Gilbert's On Social Facts (1989), where an alternative account is offered. Another view of convention comes from Ruth Millikan's Language: A Biological Model (2005), once more against Lewis.[example needed]

According to David Kalupahana, The Buddha described conventions — whether linguistic, social, political, moral, ethical, or even religious — as arising dependent on specific conditions. According to his paradigm, when conventions are considered absolute realities, they contribute to dogmatism, which in turn leads to conflict. This does not mean that conventions should be absolutely ignored as unreal and therefore useless. Instead, according to Buddhist thought, a wise person adopts a middle way without holding conventions to be ultimate or ignoring them when they are fruitful.[1]

Sociologists representing symbolic interactionism argue that social rules are created through the interaction between the members of a society. The focus on active interaction highlights the fluid, shifting character of social rules. These are specific to the social context, a context that varies through time and place. That means a social rule changes over time within the same society. What was acceptable in the past may no longer be the case. Similarly, rules differ across space: what is acceptable in one society may not be so in another.

In government, convention is a set of unwritten rules that participants in the government must follow. These rules can be ignored only if justification is clear, or can be provided. Otherwise, consequences follow. Consequences may include ignoring some other convention that has until now been followed. According to the traditional doctrine (Dicey)[citation needed], conventions cannot be enforced in courts, because they are non-legal sets of rules. Convention is particularly important in the Westminster System of government, where many of the rules are unwritten.